Tehran-Baku on the way to reducing disputes

Fortunately, with the issuance of the notification of the country's road organization and the emphatic recommendation not to allow Iranian trucks to travel in the Nagorno-Karabakh region and the subsequent release of two Iranian truck drivers, a better situation has prevailed between the two countries. 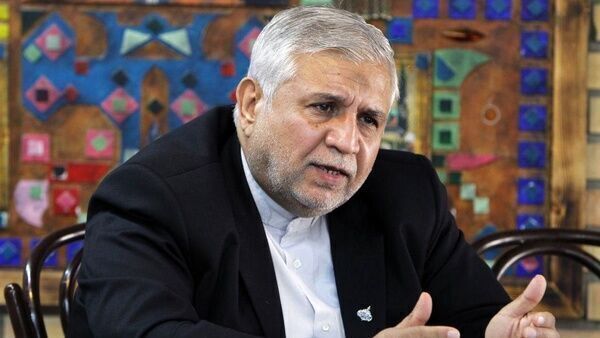 Tehran, IRNA - During the past weeks, unfortunately, we have witnessed differences between the Islamic Republic of Iran and the Republic of Azerbaijan.

According to many experts, several rounds of talks between the foreign ministers of the two countries are also a positive and useful step to reduce differences and strengthen commonalities, and can strengthen friendly relations.

Relations between Iran and the Republic of Azerbaijan have fluctuated at various times, but have never been in crisis, and the will of the officials of the two countries has been based on reducing differences and intelligently resolving misunderstandings. The continuous efforts of the two sides to strengthen trust, non-influence of countries and media that oppose the development of relations between the two countries, as well as the necessary follow-up to resolve obstacles and problems, are among the important ways to strengthen bilateral cooperation between Iran and Azerbaijan.

The Islamic Republic of Iran has always respected the territorial integrity and national sovereignty of its neighbors and prioritizes the development of political and economic relations with these countries.

Meanwhile, the bilateral relations between Iran and Armenia are in the form of Iran’s attention to cooperation with its neighbors and have a rational justification, and at the same time can not affect Iran’s good relations with the Republic of Azerbaijan.

The Azerbaijani authorities have repeatedly denied the published news about the use of the territory of this country by the Zionist regime against Iran, and considered the publication of such news with the aim of creating tension in the relations between Iran and the Republic of Azerbaijan. However, the countries of the region must recognize the long-standing hostility of the Israel against the Muslims and be sensitive to the adventures of this regime.

The Islamic Republic of Iran, believing in strengthening the principles of neighborhood policy and avoiding interference in the internal affairs of friendly countries. Iran has never allowed and will not allow any activity in the territory of this land against its neighbors and is ready to take any constructive action to resolve disputes and misconceptions with neighbors.

The activation of the Political Advisory Committee with the presence of the Deputy Ministers of Foreign Affairs and the continuation of their negotiations will not only reduce the differences, but will also pave the way for economic, industrial, agricultural, energy, tourism and trade cooperation.

In order to lead the media environments, it is appropriate for the officials and the state media not to speak against each other and to take the power of media initiative with positive and constructive statements.

The nations of Iran and the Republic of Azerbaijan, with a common historical and cultural background, have taken great steps to establish close relations and, as a nation in two independent countries, have had positive interactions.

Iran’s political, military and economic assistance to the Republic of Azerbaijan in the Nagorno-Karabakh war and support for its territorial integrity and liberation of all occupied territories of the country is a symbol of lasting friendship and brotherhood between the two nations that should always be considered by the two countries.