The enduring partnership between Azerbaijan and the NAM

Azerbaijan’s belief in the values of international cooperation and multilateralism became the driving force behind its chairmanship of NAM, which, although originally set to run from 2019–2022, was recently extended by one more year, until 2023. 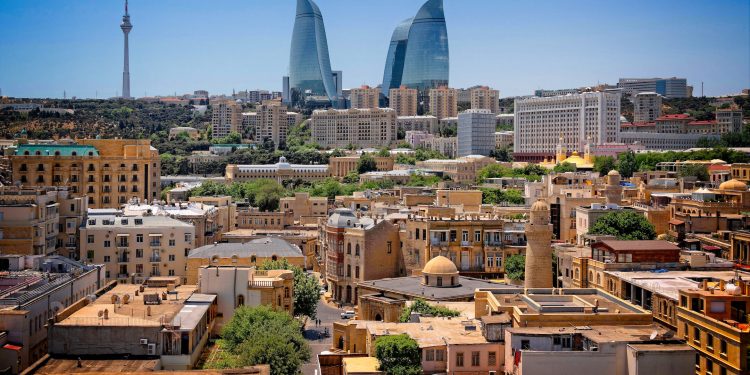 This extension of the Azerbaijani chairmanship happened during the online mid-term Ministerial Meeting of NAM that took place on July 13–14, 2021.

Regarding this matter, the political declaration of the online Ministerial Meeting specifically underlined Azerbaijan’s sterling stewardship of the group’s work so far and expressed appreciation “for effectively steering the work of the Non-Aligned Movement in a challenging period for all Member States and for its commitment and readiness to continue the NAM chairmanship until the Republic of Uganda takes it over, in late 2023.” Under the Azerbaijani chairmanship, the NAM has acquired a renewed spirit and a louder voice in international affairs, and the unanimous extension of Azerbaijan’s term as chair stands as vivid proof of the meeting’s statement.

A further highlight of the same NAM Ministerial Meeting was that a new country, the Russian Federation, joined the fold, with observer status.

Some speculate that the last-minute membership of Azerbaijan in the NAM did in fact help it to secure votes for the seat as a non-permanent member of the UN Security Council for 2012–2013 during the elections in October 2011. Such speculation notwithstanding, it goes without saying that, as a non-bloc country that prioritizes a balanced foreign policy course, Azerbaijan and the NAM share convergent objectives.

With its 120 members, the NAM is the largest international entity after the United Nations and its raison d’être is neutrality from any military bloc. In the Havana Declaration it is stated that the NAM does not align with or against any major power center and stands for “the national independence, sovereignty, territorial integrity and security of non-aligned countries.” Moreover, collective adherence to the ten Bandung principles (1955), including, first and foremost, those concerning respect for the sovereignty and territorial integrity of all nations, is an overarching determinant gluing such a diverse group of states together.

After Azerbaijan assumed the chairmanship of the organization for 2019–2022, it twice summoned NAM summits. The first of these happened in October 2019, with heads of state and governments of the NAM countries gathering in Baku to pass the torch of chairmanship to Azerbaijan and discuss the priorities of the organization for the coming years. The second, online, NAM summit took place on 4 May 2020 at the initiative of Azerbaijani President Ilham Aliyev in the midst of the COVID-19 pandemic that hit the world unexpectedly. The main message from the summit was about undertaking best efforts “to increase solidarity and mutual support among the members of the group.”

It was noted that “in the face of new realities posed by the pandemics, this open discussion within the group is needed for joining efforts to attain nimble actions and mutual support in order to achieve best and most effective solutions.” Another important outcome of this online summit was the initiation of a NAM Task Force to create a database that would contain the basic humanitarian and medical needs of the NAM member states and that would then be submitted by the chair country to potential donors for attracting support to the needs of member states in the fight against COVID-19. In a follow-up to the NAM Summit in May 2020, and with the support of NAM member states, Azerbaijan succeeded in convening a special 31st Session of the UN General Assembly related to COVID-19 in early December 2020.

One of the most momentous episodes testifying to the formation of mutually supportive and successful partnerships between NAM countries and Azerbaijan was the unequivocal backing Azerbaijan received from NAM for its territorial integrity during the 44-Day War with Armenia from September 27 to November 10, 2020. When Azerbaijan embarked on a counteroffensive to restore its territorial integrity within internationally recognized borders, the three co-chair countries of the OSCE Minsk Group, led by France, unleashed a motion for the adoption of a presidential statement by the UN Security Council, the text of which intended to set aside the four 1993 UN Security Council resolutions (822, 853, 874, 884) that demanded unconditional withdrawal of all armed forces of Armenia from the occupied Azerbaijani territories. It was the persistent and principled position demonstrated by the NAM countries within the Security Council in support of Azerbaijan’s territorial integrity that prevented the adoption of such a biased document. President Ilham Aliyev later thanked all NAM countries for standing up for Azerbaijan and once again emphasized that the very same support that Azerbaijan received is reciprocated towards NAM countries on a wide array of issues.

The political declaration of the July 2021 mid-term Ministerial Meeting under Azerbaijani chairmanship focused on a wide array of issues related to international peace and security, thus positioning the NAM as one of the central players in the international arena for addressing those pressing challenges. To name just a few, the group expressed its commitment to exerting collective efforts towards fighting terrorism, xenophobia, racism, intolerance, national and religious discrimination, violations of human rights, lack of rule of law, and many other new and emerging threats.

The declaration also contained relevant provisions about security issues in several NAM countries, including placing a focus on “…post-conflict rehabilitation, reconstruction and reintegration efforts in the NAM Member States to sustain peace, foster economic development and promote cooperation, and in this regard highlight the importance of effective mine action.” The political declaration of the mid-term Ministerial Meeting once again highlighted the group’s determination to fight COVID-19 and vaccine nationalism through collective efforts and ensure “…distribution of safe, quality, efficacious, effective, accessible and affordable COVID-19 vaccines between high-income and low- and middle-income countries….”

As mentioned above, Azerbaijan’s membership in, and its subsequent chairmanship of, the NAM is emblematic of its multi-vector foreign policy and persistence in seeking disassociation from any military and security blocs. However, the rekindling of the NAM’s work and the strengthening of its global standing is also the result of Azerbaijan’s ardent support for international cooperation, multilateralism, and global solidarity.

The success of the Azerbaijani chairmanship of the NAM also stands as testament to the existence of mutually beneficial partnerships as well as the shared values within the group. The alignment of broader strategic objectives, coupled with dedication and persistence, has undoubtedly engendered the current model of a fruitful and enduring relationship between Azerbaijan and the NAM. At a time of global perturbation, when the world more than ever needs unity, effective multilateralism, and collective efforts, the achievements of the movement under Azerbaijani chairmanship will likely carry long-term effects, as NAM has rediscovered itself and demonstrated a stronger ability to make a difference on a global scale.

Dr. Esmira Jafarova is a Board Member of the Center of Analysis of International Relations (AIR Center), Baku, Azerbaijan