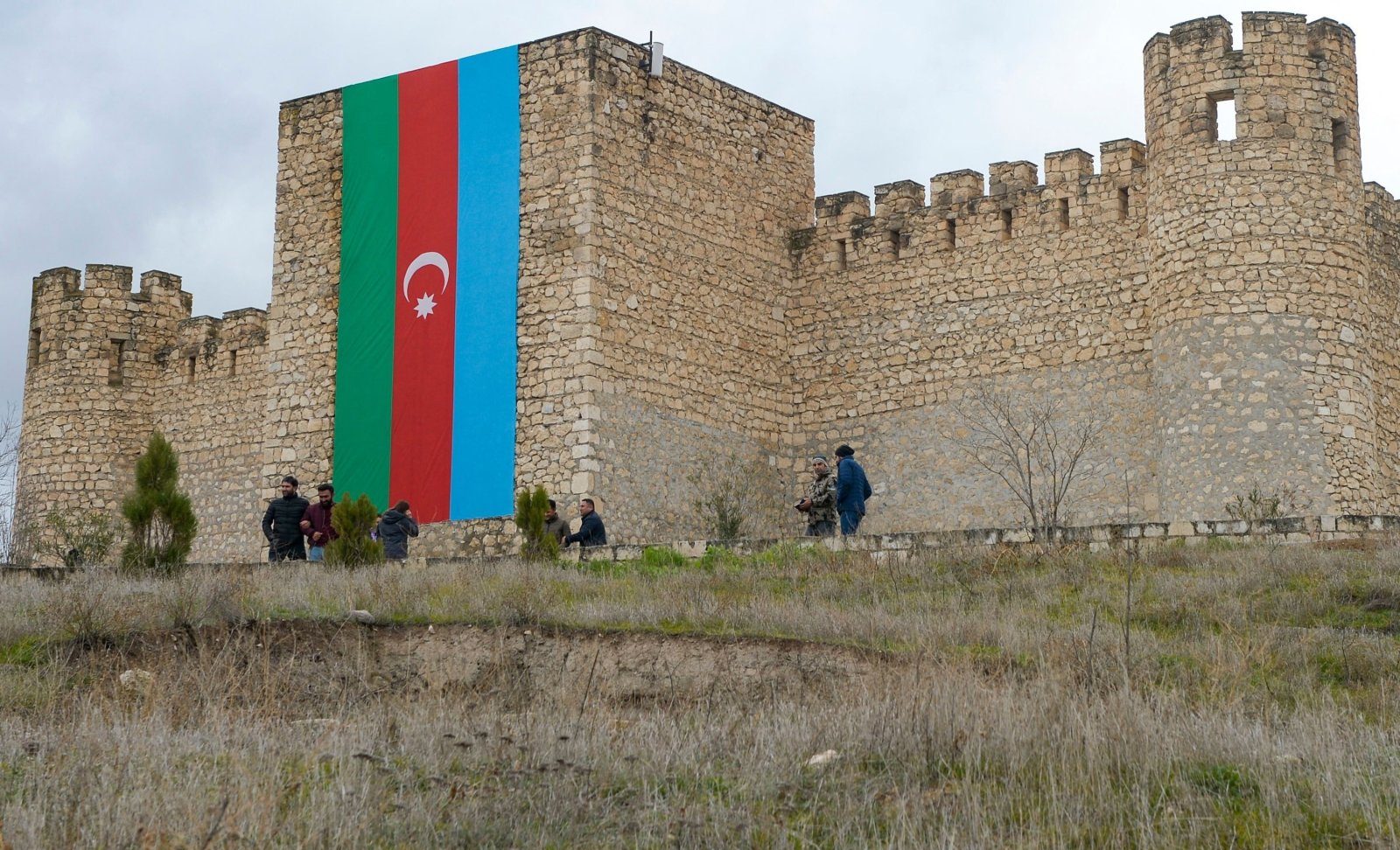 The ghost town, now liberated from decades of occupation and devastation by Armenian forces, was not empty, but busy with diplomats, press and business people. The visitors witnessed the unveiling of Baku’s new plans to rebuild the area as a prosperous, eco-friendly city, repopulated with its once displaced former inhabitants. Green public transport networks, a football arena, museums and a new mosque to complement the old all featured in the scheme.

Yet these plans symbolize something greater than one city. Azerbaijan’s victory over Armenia in November 2020 after a six-week war saw it regain areas of Karabakh, previously referred to as Nagorno-Karabakh, and the seven surrounding regions, including Aghdam, after many years.

Fellow Muslim-majority states Turkey and Pakistan, the first and second to recognize Azerbaijan’s post-Soviet independence, have been active allies. “The moral and political support provided to Azerbaijan by Turkey and Pakistan during the 44-day war in 2020 inspired us a lot and we are always grateful for this. Now our territories have been liberated, we intend to expand mutually beneficial cooperation with all countries, among which Turkey and Pakistan are the most important for us. I am sure this triple brotherhood will always dominate the foreign policy of our three countries in future,” explains Azerbaijani lawmaker Javanshir Feyziyev.

Baku’s trade with Turkey’s defense industry strongly influenced the most recent hostilities. At the end of the First Karabakh War in 1994, Armenian forces occupied around 20% of internationally recognized Azerbaijani territory. After a resumption in September 2020, the tide turned in Azerbaijan’s favor. Turkish-made Bayraktar TB2 drones, purchased and deployed by Baku, were key to the win. The TB2s rendered old tactics obsolete, destroying key Armenian strategic infrastructure, ordinance and armor. The military victory paid off diplomatically, with Baku consolidating gains such as the city of Shusha – oft considered the cradle of Azerbaijani culture – and the recovery of all its lands outside of Karabakh.

The Pakistani diplomatic support also helped assert Baku’s moral right to rid its lands of enemy forces. After the victory, Islamabad congratulated Azerbaijan “on the liberation of their territories,” and expressed hope for “stability and prosperity” in the area that will lead to “the return of internally displaced persons to their ancestral lands.” “Pakistan has consistently supported the resolution of the Nagorno-Karabakh dispute in accordance with international law and the relevant U.N. Security Council resolutions,” it added.

Since then, official contacts have continued to develop ties. Last July parliamentary speakers of Azerbaijan, Turkey and Pakistan signed the Baku declaration, pledging further deepening of relations. Thereafter, the trio headed to Shusha, since named “Cultural Capital of the Turkic World for 2023” by the International Organization of Turkic Culture (TÜRKSOY). Joint military drills dubbed the “Three Brothers” between the countries took place for the first time shortly after the meetings.

Religious ties add to this solidarity. In October last year Azerbaijan’s highest ranking Islamic official, the grand mufti of the Caucasus went to Karabakh with his Turkish counterpart, the head of the Presidency of Religious Affairs. Armenian forces “committed acts of vandalism in our liberated lands. Graves were dug, human bones removed, and mosques used as stables,” the mufti explains, adding that his country’s victory marked a “return to life” in the area. “In this sense, meetings and exchanges of views between religious leaders can play an important role in stabilizing the situation in the region.”

During the trip, the pair witnessed yet more flourishing in the area at the opening of Fuzuli International Airport with their presidents, Ilham Aliyev and Recep Tayyip Erdoğan; it took just eight months to build. “The most appropriate model for Muslim countries is to preserve divine values within the framework of Islamic unity, mutual understanding and cultural exchange,” says the mufti, his comments underscored by a recent Azerbaijani-Pakistani media agreement committing to content sharing and co-production.

The redevelopment of post-war Karabakh continues at an impressive pace, its former residents hopeful about returning home. Those committed to the causes of suffering Muslims worldwide should sit up and take note of the three-way brotherhood that is helping to bring it about. 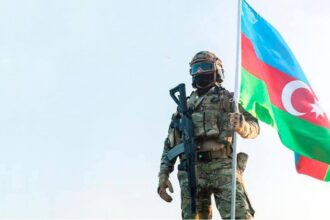