Time to recognize Azerbaijan as a new regional power

The victory of Azerbaijan in the 2020 Second Karabakh War revealed a new triangular axis in the Greater Middle East. Turkey, Israel and Azerbaijan have developed strategic partnerships over the last two decades. 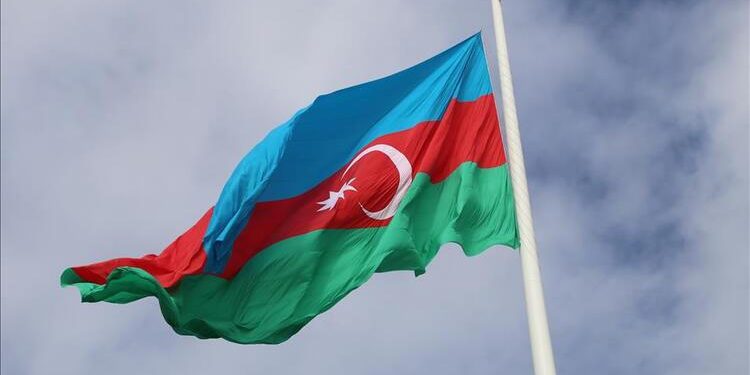 Although, in the case of Turkey and Israel, their relations have been strained since 2010 when eight Turkish citizens were killed by an Israeli military raid on the “Gaza Freedom Flotilla.”

Azerbaijan is proposing itself as a mediator to bring about a rapprochement between Israel and Turkey, whose relations have been strained for the last decade. Azerbaijani Presidential aide Hajiyev recently said: “Turkey is a sister country of Azerbaijan and Israel is our strategic partner. We want our friends to be friends with each other. If the sides agree to such an initiative, then Azerbaijan will always welcome them.”

The United States already has a close alliance with Israel but should repair its relationship with Turkey and recognize Azerbaijani as a new military power in the region. Azerbaijan is the first country to successfully use Israeli and Turkish drone warfare on a large scale in a war.

Turkey is a long-time NATO member and has its second-largest army. Earlier this year, Israel was moved from the U.S. European Command (EUCOM) to the U.S. Central Command (CENTCOM), which has been described as “a kind of Middle Eastern NATO.”

Since 1991, Azerbaijan has pursued pro-Western foreign policies and refused to join Kremlin-led integration projects in Eurasia. Azerbaijan has cooperated with but never sought NATO membership, and it is a member of the Non-Aligned Movement.

Being an energy superpower and therefore endowed with large financial resources, Azerbaijan has spent 24 billion during the last decade on building powerful armed forces, a figure which is six times more than that spent by Armenia. Armenia’s population is far smaller than neighboring Azerbaijan, and its economy is not endowed with energy resources.

Azerbaijan is ranked 64th and Armenia 100th out of 140 countries in the Global Firepower 2021 of military power.

Azerbaijan’s rise as a medium military power is a product of three factors.

The first is NATO standards training provided by Turkey to Azerbaijani officers and elite military units. A total of 13 joint training exercises were held between Turkey and Azerbaijan in 2019 alone, the year before the 44-day war.

This training and successful military experience have transformed Azerbaijan’s armed forces into a NATO-level standards army.

Israeli weapons are imported and Azerbaijani oil is exported to Israel. Azerbaijan plays a major role in energy networks in the region, which have removed Russia as a gas player. The Baku-Tbilisi-Ceyhan (BTC) pipeline delivers Azerbaijani gas to Turkey and Georgia. Turkey has replaced Russia with Azerbaijan as its main gas source.

Meanwhile, 40 percent of Israel’s oil is supplied by Azerbaijan, with military equipment exported in the other direction.

The third is Azerbaijan’s joint production of military equipment, including drones, with Israel and Turkey.

Armenia has focused its anger over its military defeat at Israel and Turkey, even going so far as to withdraw its ambassador from Tel Aviv in protest. But Armenia’s complaints are ignoring two factors.

The first is Azerbaijan has also imported military equipment from Armenia’s allies in the Collective Security Treaty Organization (CSTO) – Russia and Belarus. Russia and Belarus backstabbed Armenia under its very nose. This was coupled with the CSTO not intervening in last year’s Second Karabakh War, as Armenia hoped, to rescue it from military defeat. Both of these translate into making membership of the CSTO worthless.

The second is Armenia’s intelligence services would seem to have been on an extended vacation in the decade prior to the Second Karabakh War. Open-source data on Israeli and Turkish military exports and training is widely available. Why were these open sources of information and covert intelligence on Azerbaijan’s military modernization ignored by Armenian intelligence? With all of this data, Armenia’s political and military leadership could have better prepared to face a future war and thereby not been humiliated by the speed with which it was militarily defeated. Azerbaijan’s 21st-century army defeated Armenia’s army, which remained stuck in the Soviet’s 20th century.

Azerbaijan has developed a longer security relationship with Israel than with Turkey. The reason for this was that Turkey only began to adopt a more assertive foreign policy during the Erdoğan government. Turkey in the 1990s was far more passive towards the Azerbaijani-Armenian conflict and the Greater Middle East in general.

An important factor in Azerbaijan’s military success war was the Turkish military experience in Syria and Libya and “significant levels of advice from Turkey.” Turkey successfully used drone warfare in Syria, where it pulverized Bashar al-Assad’s security forces, and Libya, where it halted an attempt to capture Tripoli by Field Marshal Khalifa Belqasim Haftar’s forces from the eastern region of the country. Can Kasapoglu, a researcher based at Istanbul’s Edam think tank, said, “Turkey has transferred not only weaponry but also the concepts of operations.”

There is no evidence that these Israeli or Turkish weapons were used against Armenian civilians, as Yerevan claims and its lobbyists assert on social media and to Western human rights organizations. A positive aspect of drone warfare is they undertake precision attacks on military targets without civilian collateral damage.

The Turkish-Azerbaijani-Israeli axis has still a lot of potential to develop regional security in the Greater Middle East.

The U.S. and NATO should recognize the emergence of this axis by granting Azerbaijan Major Non-NATO Ally status, which would open up opportunities for Baku to receive security cooperation and military assistance from Washington. Israel, Egypt, Jordan, Tunisia and Kuwait already have this status.

Turkey and Israel have long been known as medium-sized military powers. It is time that we recognize that a new military power – Azerbaijan – has joined their axis.

Taras Kuzio is a professor in political science based at the National University of Kyiv Mohyla Academy and a Non-Resident Fellow in the Foreign Policy Institute, Johns Hopkins University