The Sumqayit-Yalama railway line in Azerbaijan saw the first trains running after its reconstruction. The line is part of the North-South transport corridor passing through Azerbaijan. 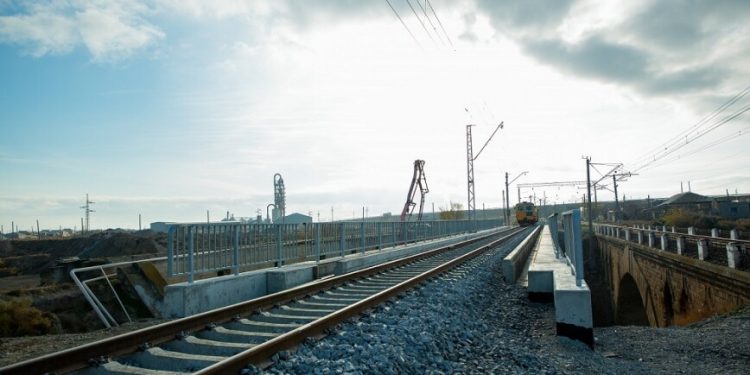 Its reconstruction is regarded as an integral part of the corridor and crucial for strengthening its transit potential.

The Sumqayit-Yalama railway connects the region of Baku, Azerbaijan’s capital, with the country’s northern border with Russia. According to the Azerbaijan Railways, it is the first 23 kilometres of the line that have been inaugurated with a train. Apart from the North-South transport corridor, the railway line is essential for the connectivity of the Abheron peninsula where Sumqayit is situated.

The Sumgayit-Yalama railway reconstruction project is a joint project between the Government of Azerbaijan, the Asian Development Bank, and the French Development Agency. Reconstruction work began on February 18, 2020, as part of measures taken to implement the North-South international transport corridor. Design, construction and work supervision are carried out by joint ventures from Turkey, Kazakhstan and Germany.