The trilateral working group on Nagorno-Karabakh (Russia, Armenia and Azerbaijan) has resumed its work in Moscow. 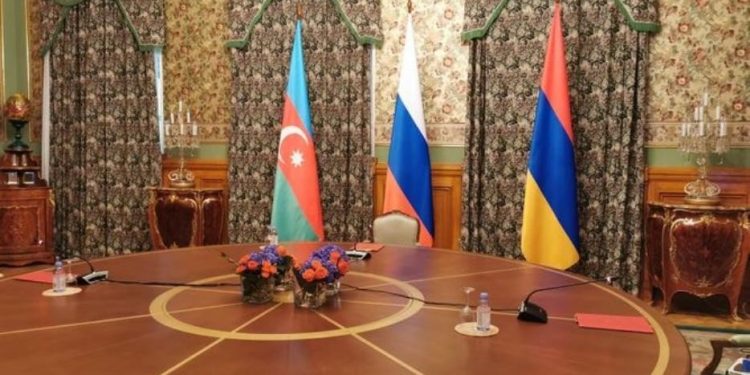 At Tuesday’s meeting, its representatives discussed transport links in the South Caucasus region and the implementation of agreements made between the three countries’ leaders, says a press release on the government website.

“At a meeting in Moscow on August 17, the parties considered prospects for the restoration of transport communications in the region of South Caucasus and discussed the course of further work carried out within the framework of the January 11, 2021, statement from the president of the Republic of Azerbaijan, the prime minister of the Republic of Armenia and the president of the Russian Federation,” the press release said.