Turkey and Azerbaijan began joint military drills in Baku on Monday, deploying tanks, helicopters and drones in an effort to improve the two countries' combat interoperability, Azerbaijan's defence ministry said in a statement. 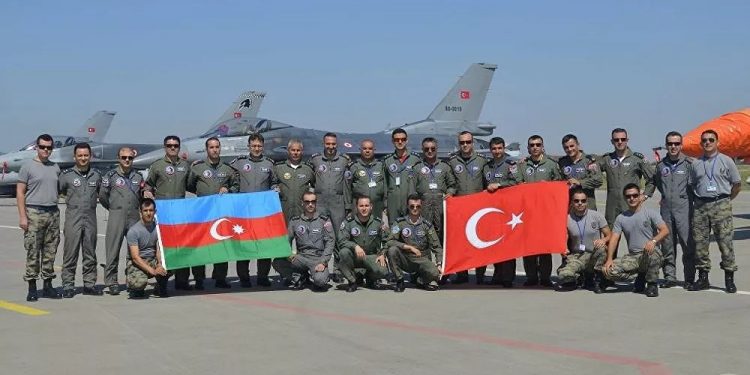 Ankara last year backed Azerbaijan’s effort to drive ethnic Armenian forces out of swathes of territory they had controlled since the 1990s in and around the Nagorno-Karabakh region.

The two countries earlier this month agreed to increase cooperation in the military sphere.

Photographs released by the Azeri defence ministry showed a column of armoured personnel carriers and tanks from the two countries advancing on flat arid terrain.

“The main purpose of the exercises…is to improve interaction between the two countries’ army units during combat operations, to develop the commanders’ military decision-making skills and their ability to manage military units,” the Azeri defence ministry said.

The drills, named “Mustafa Kemal Ataturk – 2021”, will last until Wednesday, involving up to 600 personnel, around 40 tanks and armoured vehicles, and seven helicopters.

The Kremlin said earlier this month it was closely monitoring developments around a potential Turkish military base in Azerbaijan, a move it said could require Russia to take steps to ensure its own security and interests.