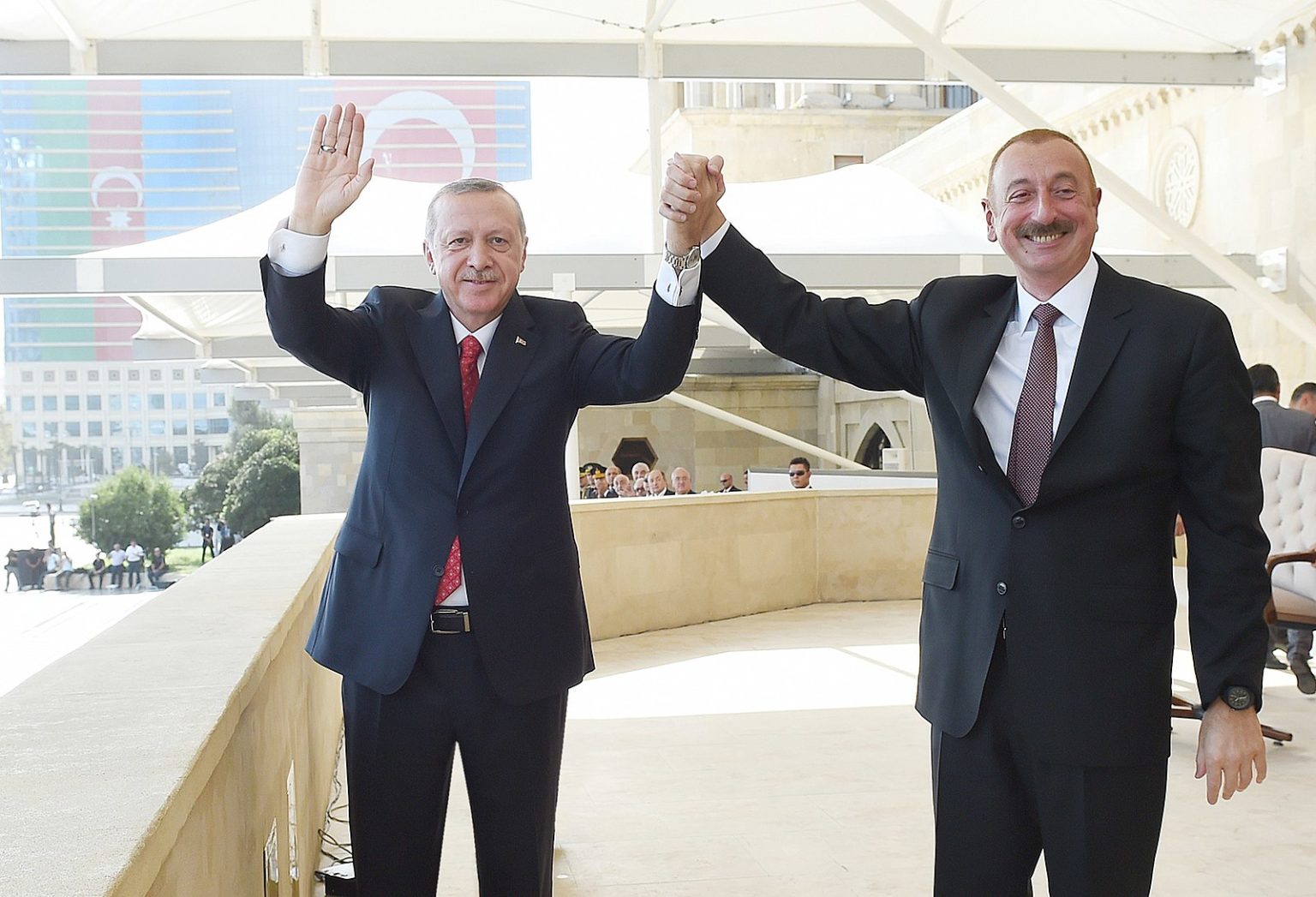 During the Second Karabakh War (September 27–November 9, 2020), for example, the Turkish Air Force stationed a small contingent of F-16 multirole fighter jets in Azerbaijan. When the latter country’s President Ilham Aliyev was asked about the purpose of that forward-deployment, he explained that the Turkish F-16s were there to deter any “external aggressions.” This statement, to date, marked the clearest articulation of the nature of their bilateral ties (Haber Global, October 26, 2020).

In the 2000s, Ankara systematically built up a robust Azerbaijani warfighting deterrent, which visibly paid-off during last year’s clashes in Karabakh. Following the war, Turkey and Azerbaijan turned to significant projects with real strategic impact, such as realizing the Zangezur corridor (an overland route, across southern Armenia, that will link mainland Azerbaijan with its Nakhchivan exclave—see EDM, April 5, 13, 21), bolstering military and defense-industrial cooperation under the Shusha Declaration commitments (see EDM, June 23), and if possible, normalizing relations with Armenia to erode Russia’s undisputed patronage (see EDM, October 19). The Islamic Republic of Iran, which has a significant ethnic-Azerbaijani population, has watched all these developments with apprehension or alarm, setting the stage for escalation in the South Caucasus.

The Second Karabakh War spotlighted the growing capabilities of the twin Turkic powers in the region—a trend particularly exemplified by Azerbaijan’s game-changing drone warfare capacity, which was deployed and utilized on Iran’s doorstep. Moreover, the Azerbaijani military’s achievements, backed by Turkey, exacerbated an awakening among the ethnic-Azerbaijani populace living mainly along the northwest quadrant of Iran (YouTube, October 19, 2020).

Despite officially being a Shia Islamic republic—a religion shared by the majority of Azerbaijanis—contemporary Iran’s dominant Farsi-Persian character has oftentimes alienated the Azerbaijanis living on either side of the border. And in the particular case of Karabakh, Iran’s decades-long support to Armenia repeatedly poured oil on the fire (see EDM, October 22, 2020).

A more recent bone of contention is the Zangezur corridor—namely, the planned transport route between Azerbaijan proper and Nakhchivan, through southern Armenia—as amended by the 2020 Ceasefire Agreement, which ended the Second Karabakh War. This strategic transport route promises to deliver unprecedented geopolitical gains to the Turkish-Azerbaijani military alliance. And as such, the Iranian elite considers the Zangezur corridor a threat hindering Iran’s privileged geostrategic position by effectively cutting the Islamic Republic off from the South Caucasus’ strategic affairs. To begin with, an uninterrupted Turkey–Nakhchivan–Azerbaijan land connection would offer Turkey an alternative transportation route to Asia that bypasses Iran; furthermore, it could turn Azerbaijan into a true hub of lucrative economic transactions for the wider region (Anadolu Agency, June 1).

Seeing this fast-changing reality, Tehran was quick to militarize its border with Azerbaijan in the aftermath of the Second Karabakh War. And in October 2021, Iran carried out the largest exercises to date along the Azerbaijani frontier (see EDM, October 6). The Khyber Conquerors drill witnessed a formidable joint force, ranging from electronic warfare units to the Revolutionary Guards’ rocket and missile forces, along with Army combined arms formations (SNN, October 9). Some experts claimed that the maneuvers were meant to be a warning signal not only to Baku but also Iran’s own Azerbaijani minority (TRT World, September 30).

President Aliyev responded in kind to Iran’s apparent escalatory path, underlining that such provocations “will not go unanswered” and once more raising the issue of Tehran’s decades-long support for Armenia’s occupation campaign. Notably, Aliyev voiced these firm lines in the liberated city of Jabrayil, right across the border from where the Iranian military exercises had been taking place (Haber Global, October 5).

It is worth underscoring that such “pronounced symbolism” toward Iran has come from the Turkish side as well. In December 2020, President Recep Tayyip Erdoğan attended a victory parade in Baku, where the Azerbaijanis prominently displayed Turkish-manufactured Bayraktar TB-2 attack drones, which had proven so potent during the Second Karabakh War. Amidst these festivities, Turkey’s leader conspicuously recited a poem that speaks of the Azerbaijani Turks on the opposite banks of the Aras River (i.e., those living in Iran and those in the Republic of Azerbaijan) one day reuniting (Turkish Presidency, December 10, 2020). Iranian Foreign Minister Javad Zarif quickly took to Twitter to condemn Erdoğan’s delivery of the “Aras River” poem, while some hardliners even threatened Turkey by referencing what happened to toppled Iraqi dictator Saddam Hussein (Twitter.com/JZarif, December 11, 2020; Twitter.com/zonnoour, December 12, 2020).

When Iran began saber-rattling along the border, Turkey and Azerbaijan responded together, jointly flexing their own military muscles. Namely, the Azerbaijani and Turkish Armed Forces held the exercise Steadfast Brotherhood 2021 on October 5–8, 2021, in the strategic exclave of Nakhchivan, effectively signaling that the Turkic axis would not back down (APA News, October 3).

After many years of ever-closer cooperation, the Turkish-Azerbaijani military alliance has lately focused on systematic integration, with standardized formations and the creation of joint units (Twitter.com/tcsavunma, October 21). Moreover, the latter’s strategic relations with Israel remain a key counter-balance against Iran in its own right (see EDM, September 15). Overall, therefore, the Iranian military posturing is unlikely to change anything in Baku’s stance or national security strategy.

When it comes to Azerbaijan and Turkey realizing the Zangezur corridor, however, success will hinge on developments in the so-called Lachin corridor (strip of land, guarded by Russian “peacekeepers,” that physically links Karabakh with Armenia) as well as the nature of Russia’s “peacekeeping” mission in Karabakh (see EDM, September 22). Moscow, for sure, will strive to dominate the transport route if it can be established. Tehran, on the other hand, is fighting to not be left out in the cold in the changing geopolitical landscape of the South Caucasus.