Turkey’s Foreign Minister Mevlut Cavusoglu received the head of the foreign affairs committee of the Azerbaijani parliament, Samad Seyidov, and an accompanying delegation on Tuesday. 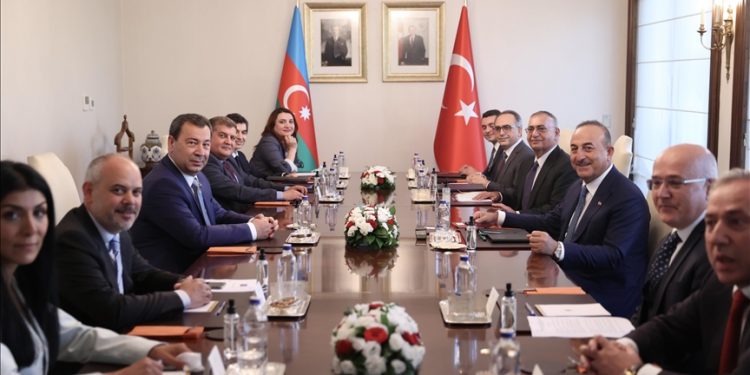 The meeting was also attended by Akif Cagatay Kilic, chairman of the foreign affairs committee of the Turkish parliament.

“Our fraternal ties are getting stronger in every field with the Shusha Declaration,” Cavusoglu wrote on Twitter.

Turkey and Azerbaijan signed the Shusha Declaration on June 15, a pact that focuses on defense cooperation and establishing new transportation routes.

The declaration affirms joint efforts by the two armies in the face of foreign threats and the restructuring and modernization of their armed forces.

Turkey was a key backer of Azerbaijan during last year’s 44-day Karabakh conflict between Azerbaijan and Armenia. It erupted in September and ended with a Russian-brokered cease-fire on Nov. 10.

The truce saw Armenia cede territories it had occupied for nearly three decades.