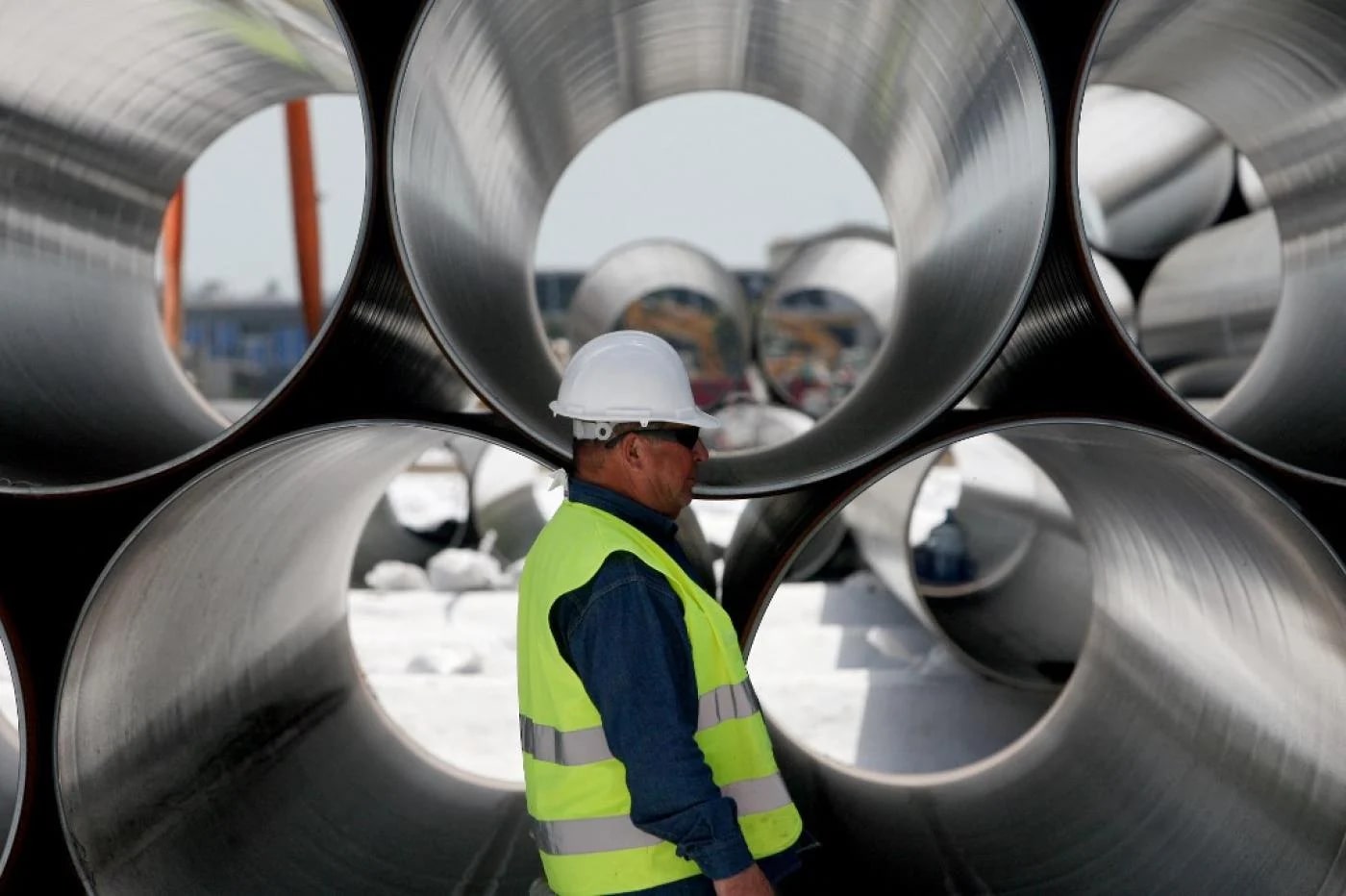 A worker stands next to pipes for the construction of the future Trans-Adriatic Pipeline in Spitalle, near Durres, on 18 April 2016, which aims to bring gas from the Caspian Sea to Europe (AFP)

Erdogan noted that the Trans-Anatolian Gas Pipeline (TANAP) that carries the Azerbaijani gas from the Shah Deniz field to Türkiye has already reached its capacity of 32 billion cubic metres.

He added that the Trans Adriatic Pipeline (TAP) that transports gas from Türkiye to Europe through Greece is also at its limit of six billion cubic metres.

“Therefore, now our colleagues will work on whether to establish a new pipeline or not so that steps can be taken accordingly,” he said.

“Of course, we discussed this among ourselves with the Azerbaijan and Turkmenistan presidents. But now we will have taken the step towards the future by discussing the technical infrastructure, cost dimensions, and all of them.”

Erdogan said he is planning a summit for the three countries to discuss the pipeline issue.

There is an energy shortage in Europe following the European Union’s decision to cut Russian gas imports by two-thirds following the invasion of Ukraine and unexplained explosions on the Nord Stream pipelines, which effectively cut Russia’s exports to the continent. Türkiye perceives the situation as an opportunity to become a gas trade hub that could set a benchmark and supply the region using a blend of gas coming from Russia, Azerbaijan, Iran, and even LNG shipments.

However, building a pipeline to Türkiye through the Caspian Sea is a task that would be marred with technical difficulties, according to a leading energy expert based in Türkiye, Ali Arif Akturk.

He says the deal signed in 2018 to resolve the Caspian delimitation issues explicitly refers to environmental regulations and past international agreements as binding, effectively making Russia the final arbiter.

Russian President Vladamir Putin has been looking for new ways to supply Moscow’s neighbours to the west with gas.

In October he proposed establishing a natural gas distribution centre in Thrace saying that Türkiye was the best route for redirecting Russian gas supplies to the European Union.