Aliyev Sadig Nizami and Imranli Imran Dilgam received urgent medical assistance and there is no danger to their lives. 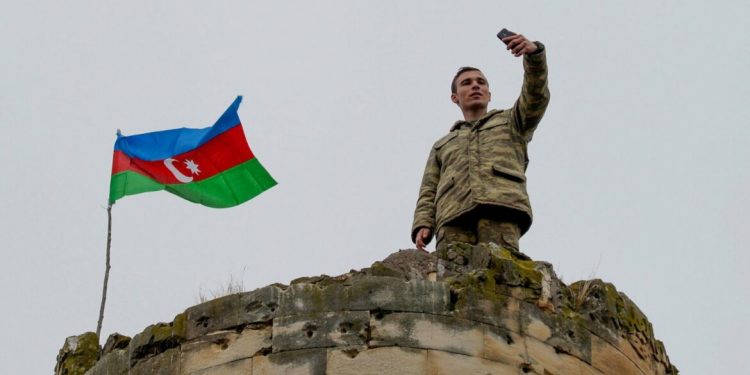 Azerbaijani soldiers hoisted their flag in the final district given up by Armenia under a peace deal ending fighting over the Nagorno Karabakh region. Photo: AFP

Due to the shelling, servicemen Aliyev Sadig Nizami and Imranli Imran Dilgam were wounded, the statement said. “The servicemen were provided with urgent medical assistance. There is no danger to their lives.”

“We reaffirm that Armenia bears full responsibility for the escalation of tensions along the state border between the two countries,” the statement added.