Two years on from the conflict, Armenia must face justice for its destruction of Azerbaijani cultural heritage

Two years ago, peace and stability in the region were fraught and fragile, with casualties the highest in almost three decades. Since then, we have worked hard and spared no efforts toward achieving long-lasting peace in the region. 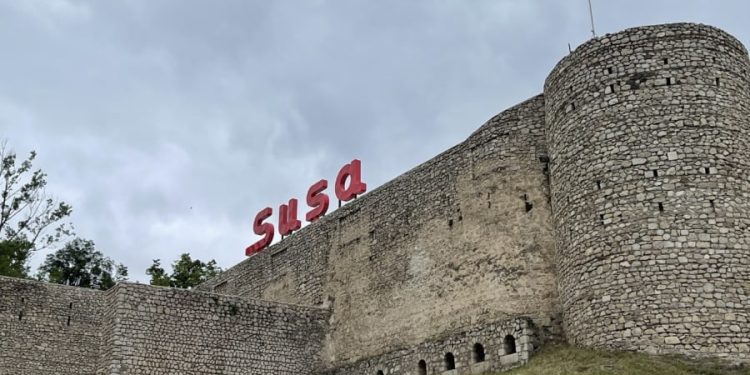 High-level meetings between the leaders of Azerbaijan and Armenia as well as the first direct contact between Foreign Ministers in nearly thirty years, with the mediation and engagements of international partners, are significant steps toward sustainable peace.

However, Armenia must take a constructive position, and show determined political will, to turn this dialogue into real progress in achieving a long-term peace agreement, which is vital for the future of the region.

Azerbaijan is ready and eager to continue contributing to sustainable peace and development in the region. This willingness has been clearly and consistently demonstrated on multiple international platforms.

But while moving forward is essential, to truly take stock of where we are, we must examine where we have been. War crimes committed by Armenia during thirty years of occupation of Azerbaijani territories cannot be left unchallenged.

In my role as Azerbaijan’s Permanent Delegate to UNESCO, I continue to prioritize the need for the assessment of the destruction of our cultural heritage since the end of the Armenian occupation of the now-liberated territories of Azerbaijan.

We have worked with international partners, including global and regional organizations, to map and document the destruction of cultural and religious property.

In the nearly thirty years of the Armenian occupation of internationally recognized territories of Azerbaijan, we witnessed a methodical, consistent and structured pattern of erasure of Azerbaijani cultural heritage. Clear evidence has emerged that religious and cultural heritage sites were deliberately targeted.

According to an assessment conducted by the Azerbaijani authorities, more than 80 mosques were either destroyed or heavily damaged. Shockingly, some mosques were vandalized and used as stables for pigs and cows in total disrespect to the Muslim community.

900 graveyards, 192 shrines, 44 temples, 473 historical monuments were ruined. Hundreds of cultural institutions, including 927 libraries with a stock of 4.6 million books, 85 music and art schools, 22 museums and museum branches with more than 100,000 exhibits, 4 art galleries, 4 theatres, 2 concert halls, 8 culture, and recreation parks, and more than 2 000 historical and cultural monuments have been vandalized.

In our beloved cultural capital, Shusha, at least 17 mosques, including the Ashaghi Govharagha Mosque and Saatli Mosque, and historical sites like the tomb of prominent Azerbaijani poet, Vagif, Natavan’s Palace, and many more were destroyed during the occupation.

Armenian leadership encouraged, directed, and supported the illegal exportation of cultural property from the occupied territories. By depositing illegally exported cultural properties to its museums and other facilities, it attempts to transfer the ownership of these cultural objects.

Following the liberation of the territories and the signing of the trilateral statement, during the withdrawal of the Armenian Armed Forces from Agdam, Kalbajar and Lachin districts of Azerbaijan, the bells, crosses, the famous frescos and ancient manuscripts of 13th-century Khudavang monastery have been illegally removed to the Republic of Armenia. Besides that, precious artifacts found during illegal archaeological excavations in Azykh Caves, near Shahbulag fortress of Agdam district, were also illegally transported to Armenia.

Armenia made an illegal exhibition of carpets that was held at the National Museum-Institute of Architecture in the capital city of Armenia. These carpets were illegally removed from the Carpet Museum of the city of Shusha of the Republic of Azerbaijan and exported to Armenia. According to reports, 160 valuable carpets have been illegally removed from the Shusha Carpet Museum.

Armenia’s illegal activities with respect to the indigenous cultural heritage of Azerbaijan in the liberated territories represent a clear and blatant violation of international law, particularly the 1954 Hague Convention.

By exporting and attempting to requisition cultural properties from the territories it occupied, the Republic of Armenia gravely violated its international obligations.

We have informed UNESCO about Armenia’s illegal actions and urged the Organization to take necessary actions. We, alongside several NGOs, have consistently called for an independent mission of experts from UNESCO to evaluate the state of cultural damage; however, Armenian leadership has delayed the process.

We have also sent a request to UNESCO to send a mission to Armenia to assess the current state of Azerbaijani cultural heritage. During February’s Quadrilateral meeting between President of Azerbaijan Ilham Aliyev, President of France Emmanuel Macron, President of the European Council Charles Michel, and Prime Minister of Armenia Nikol Pashinyan an agreement was reached to send a UNESCO mission to Armenia, to investigate the destruction and appropriation committed by Armenia against Azerbaijani cultural heritage situated in its territory.

Azerbaijani NGOs have also sent numerous requests and appeals to UNESCO to deploy an assessment mission to Armenia to assess the current situation of Azerbaijani cultural heritage in this country.

We are committed to holding Armenia to account for these unlawful actions, including in the International Court of Justice. Ensuring that those responsible for cultural desecration are answerable for their actions is crucial.

While seeking justice is a clear priority, we are also taking steps on the ground to help preserve our inclusive cultural heritage.

Azerbaijan has invested significantly in cultural rehabilitation in the region, including in the liberated territories, to ensure maintaining and preserving buildings, art, multidenominational religious sites, and other notable artifacts in line with international standards.

Over 1,200 religious and cultural heritage sites are being examined, maintained, and ultimately protected as a part of these efforts, regardless of background.

Azerbaijan has reaffirmed its commitment to preserving and restoring all cultural and religious monuments in the liberated territories, irrespective of their origin.

Cultural heritage situated in Azerbaijan, regardless of its origin, whether secular or religious, reflects the cultural diversity of the people of Azerbaijan.

As home to so many nationalities, cultures, and religions and located at the crossroads of Europe and Asia, I am incredibly proud of Azerbaijan’s multicultural society. This spirit is equally applied to our efforts to preserve and protect all cultural and religious heritage.

In recognition of the two-year anniversary, it is important to recognize past injustices, but also to look forward to the potential for enduring peace and security. Both in my capacity as Azerbaijan’s representative to UNESCO and also as a proud Azerbaijani citizen, this anniversary gives me strong hope for the future.