Dr. Zarif's visit to Iran's two neighboring countries in the Caucasus at the present time is of the following dimensions and can be considered. 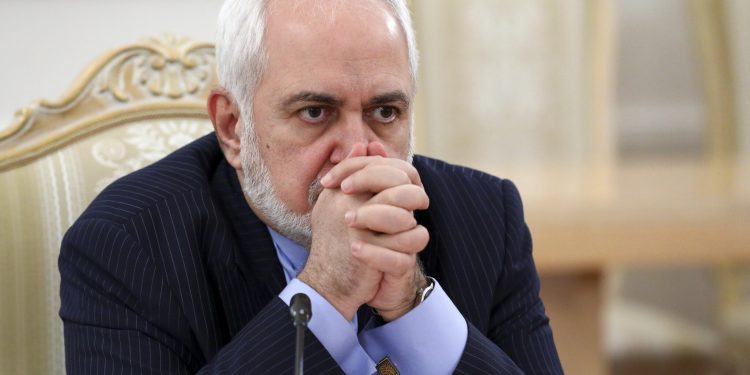 1. Several months have passed since the war between Armenia and the Republic of Azerbaijan, which eventually led to a ceasefire agreement in Moscow, but the differences between the two countries are still growing. Armenia has accused the Republic of Azerbaijan of trying to annex the Zangzur border to its country and said that the Azerbaijani military is in fact seeking to change the geographical borders and violate the territorial integrity of Armenia. Nikol Pashinyan, the “Acting Prime Minister of Armenia,” has informed some countries of his protest by telephone as well as by letter, threatening to raise the issue with the Collective Security Treaty Organization, an international security body. The United States and the European Union, in implicit support for Armenia, have called on the two countries to resolve their differences through negotiation with restraint. Russia has also stated that Moscow officials are in constant contact with both the Azerbaijani and Armenian sides and will make every effort to reduce the deterioration of the situation. Meanwhile, Azerbaijani President Ilham Aliyev said in a telephone call with his Kazakh counterpart that the situation was not as Armenia described and that the two countries were negotiating the demarcation of the border and that there had been no military clashes on the border. According to Aliyev, the Armenian government’s appeal to the Collective Security Treaty Organization to internationalize the issue is futile. The Islamic Republic of Iran has been following with sensitivity and accuracy the developments of recent weeks on the borders of the two neighboring countries and has expressed its readiness to help resolve these disputes peacefully. At the same time, Iran’s principled position is to support the territorial integrity of neighboring countries and to oppose the change of official geographical borders. Based on this principled position, Iran has resolutely defended the territorial integrity of the Republic of Azerbaijan and opposed the partition of this country. The main cause of the war in the Caucasus is the Nagorno-Karabakh conflict, and a ceasefire agreement has been reached in Moscow to resolve the Nagorno-Karabakh conflict. Raising other issues, such as changing the borders of Armenia and annexing Zangzur to the Republic of Azerbaijan, if true, will not help resolve the Nagorno-Karabakh conflict and will complicate matters. Some people in the Republic of Azerbaijan may be interested in annexing the Armenian Zangzur region to Azerbaijan in the interests of Turkey. These friends should know that raising this issue will definitely delay the resolution of the Nagorno-Karabakh conflict and its return to Azerbaijan. Turkey is a traditional friend of the Republic of Azerbaijan and a long-time enemy of Armenia and naturally pursues its own interests. The introduction of any new issue alongside the Nagorno-Karabakh issue could open the door for the United States and the European Union, both of which oppose Turkey, to resolve the Nagorno-Karabakh conflict and strengthen Armenia’s bargaining power.

2. The Republic of Azerbaijan has a superior military and political dimension due to its superiority in the field and the provision of opinions in the Moscow Agreement. To consolidate this superiority, it is important to accelerate the reconstruction of the seven liberated areas in the Nagorno-Karabakh war. Azerbaijan’s focus on this issue will not only strengthen peace and security in the neighboring regions of Nagorno-Karabakh but will also be effective in the final settlement of the Nagorno-Karabakh conflict within the framework of Azerbaijan’s territorial integrity. Friendly countries of Azerbaijan, including the Islamic Republic of Iran, can play a bilateral or multilateral role in the reconstruction of the liberated regions of Azerbaijan, as well as the development of economic cooperation and the establishment of peace and stability in the South Caucasus. The establishment of peace and security in the Caucasus will definitely be in the interest of the Republic of Armenia, and it will put the country, which has been facing economic problems due to the Nagorno-Karabakh conflict for years, on the path of economic progress and greater cooperation with countries in the region.

3- In recent months, especially after Iran’s firm and just positions in the Nagorno-Karabakh war, Tehran and Baku have been on the path of increasing relations, and the exchange of reciprocal delegations and the holding of a joint economic commission is the reason for this progress. At this time, some media agents, especially the Zionist regime, have tried to destroy the friendly relations between Tehran and Baku by publishing wrong news and reports. Sometimes some commentators, especially in cyberspace, have been in the path of this game and have played in the land of the enemy of relationships. Officials of the two countries, especially the official media, can play a constructive role in thwarting their destructive tricks by recognizing the enemy’s media tricks and prevent misunderstandings by publishing real news. It is appropriate that the management of this process be on the agenda of the two countries during the visit of our Foreign Minister to Baku.

In general, Dr. Zarif’s visit to two friendly countries, namely the Republics of Azerbaijan and Armenia, can strengthen the neighborhood policy of the Islamic Republic of Iran and should be taken as a good omen.