It seems that the high art of diplomacy in the United States, lacking new wise heads like Zbigniew Brzezinski and Henry Kissinger, is beginning to seriously sink and devalue. Otherwise, it is difficult to explain the actions of the Americans in relation to the key state in the South Caucasus region - Azerbaijan. 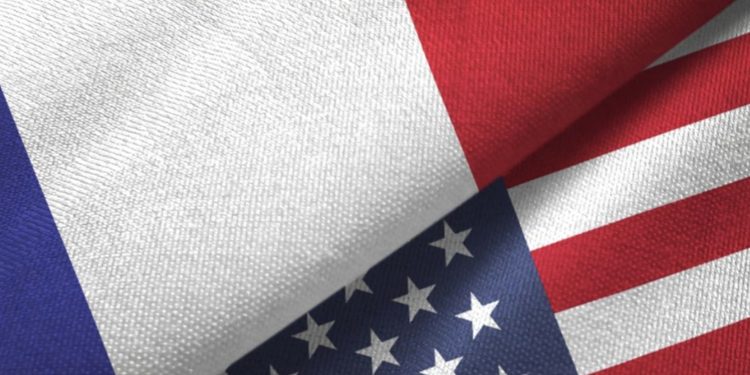 First of all, Washington suddenly decided to once again impose its mediation services on Baku, using a political effigy in the form of the OSCE MG, which has long been relegated to the dustbin of history. Secondly, the Americans refuse to recognize the fact of restoration of Azerbaijan’s territorial integrity and transfer of the Karabakh issue to the domestic political agenda, which is expressed by ignoring the conference in Shusha by US diplomatic representatives. But first things first.

American diplomacy is like a ship that has wandered off course and is heading in the wrong direction. Official Baku now has every reason to reproach the State Department for “political amnesia” and introduce the expression into diplomatic terminology as a precedent. The meaning of this new phraseology can also be interpreted as “political amnesia on one side that has a chance to lead to serious complications in relations with the other.” Washington now indeed has such chances. Last week Secretary of State Anthony Blinken appointed Ambassador Philip Reeker as a senior adviser on the Caucasus negotiations and “co-chair” of the OSCE Minsk Group.

“The United States is committed to helping Armenia and Azerbaijan achieve a long-term negotiated political settlement to the conflict over Nagorno-Karabakh,” Blinken wrote on Twitter. He went on to explain that “Ambassador Reeker will work bilaterally with like-minded partners, such as the European Union, and in his role as co-chair of the OSCE Minsk Group is to facilitate direct dialogue between Armenia and Azerbaijan.”

Well, not so long ago, Baku perceived the US rhetoric about continuing talks within the OSCE Minsk Group as a sort of temporary ploy by Washington to dialogue with the Armenian side. Now it has begun to resemble some sort of obsession. Baku reacted harshly to the US Secretary of State’s statement.

“Attempts to reanimate the practically inactive Minsk Group may lead to the removal of the US from the process of settling Armenian-Azerbaijani relations,” Azerbaijani Foreign Ministry spokeswoman Leyla Abdullayeva said.

“The Karabakh conflict has been resolved and Karabakh is an integral part of Azerbaijan,” she added.

According to official Baku, the international community should understand that linking the settlement of Armenian-Azerbaijani relations with the Karabakh issue does not contribute to the solution of the former problem. The US seems to have forgotten that Moscow, in particular Russian Foreign Minister Sergei Lavrov, has repeatedly spoken about the elimination of the OSCE MG format and that now the special representative of the Russian Foreign Minister to promote normalization of relations between Armenia and Azerbaijan Igor Khovayev has been appointed to replace the Russian Federation’s participation in the MG. The Kremlin has officially and publicly notified everyone of this decision.

The fact of devaluation of the Minsk Group has, in fact, been recognized by the European Union, and now Brussels directly carries out its peacemaking assistance in the dialogue between Baku and Yerevan. By the way, quite successfully.

What is the need for the OSCE MG, if this mission has not brought any constructive benefit for all these thirty years, and which today is effectively replaced by two negotiation formats at once, in Brussels and Moscow? Ankara and Tbilisi have also been quite effective in facilitating the peace dialogue and have also contributed their share of useful activities. Having such a large number of negotiation formats, and successfully functioning, why does Baku need the OSCE Minsk Group now?

Unfortunately, among other things, the conclusion suggests itself that the US is now subject not only to the syndrome of “political amnesia”, but also clearly working on the position of revanchist Yerevan, which clings to the OSCE MG format as a lifeline. Admittedly, it has already burst and almost sunk. However, by supporting Yerevan in this way, the US directs all its initiatives in the South Caucasus to a deadlock, because now for Azerbaijan, which has regained Lachin, Zabukh, and Sus, the OSCE MG format is extremely absurd and useless. Moreover, it is futile and harmful, especially when the rhetoric of the State Department once again includes such expressions as “the Nagorno-Karabakh issue”. This says just the main thing – that the “peacekeeping corpse” of the OSCE MG with its delusional agenda of yesterday cannot offer anything for today, and no artificial respiration to the deceased will not help – it will never breathe again. So why did Washington itself, of its own free will, hang such a heavy and hopeless weight on its feet, provoking serious irritation of Baku?

Though, then, Washington, albeit partly, realised its mistake with the OSCE MG and tried to correct it. Thus, during the US State Department briefing, commenting for journalists on the latest statement of the Azerbaijani Foreign Ministry, Deputy Bureau of Global Public Affairs spokesman Vedant Patel noted that US Secretary of State Anthony Blinken had appointed Philip Reeker “a senior adviser on Caucasus negotiations to emphasize our commitment to peace in the South Caucasus”.

“As a country, we are committed to facilitating direct dialogue between Azerbaijan and Armenia on a bilateral, multilateral level, as well as through cooperation with like-minded partners to achieve a comprehensive peace settlement between the two countries,” he said.

According to some experts who drew attention to another gaffe in US policy in the South Caucasus, “the language of diplomacy is almost always ambiguous, but this response seems more like the State Department has listened to Azerbaijan’s criticism after all.”

“It seems that Armenians will have their own interpretation of these words, they need to add something to the legendary list of Armenian hopes,” commented social media with irony.

The same applies to Washington’s reluctance to send an ambassador to the international conference in Shusha last week, attended by over 100 foreign diplomats. Only the US and French ambassadors, the former co-chairs of the notorious OSCE MG, were absent. The pro-Armenian tandem of the US and France is demonstratively refusing to recognize the post-war reality, thus showing disrespect for the territorial integrity of Azerbaijan. This is exactly how the assistant to the President of Azerbaijan Hikmet Hajiyev described the absence of the US and French ambassadors in Shusha clearly, without ambiguity and false diplomatic modesty.

“The US and France were not interested in a peaceful settlement of the Karabakh problem. The US and French ambassadors have defiantly refused to visit Shusha despite repeated invitations. This should be regarded as their disrespect for the territorial integrity of Azerbaijan,” Hajiyev said.

It appears that Paris and Washington are ready to continue flirting with Armenia and ignore the existing realities, to the detriment of their own interests in the region, contrary to common sense and to the benefit of the Armenian diaspora. Moreover, they seem to enjoy being a cash cow for the Armenians – because, unlike the latter, Azerbaijan is implementing the project on the restoration of the Karabakh region at its own expense and resources, not begging for money from IMF, Macron, and Biden. Well, if they like it, they are welcome, as they say. But they should not impose obscure formats and interfere in the internal affairs of our country. Neither should they resent, stomping their feet loudly, that the process of reconciliation between Baku and Yerevan has passed them by and with the involvement of other international players and institutions.