According to the IRNA correspondent in Baku, the executive team in this voting station said that the reason for the 2nd time extension of the voting hours till eight pm was the requests made by a number of Iranian citizens residing in Baku. 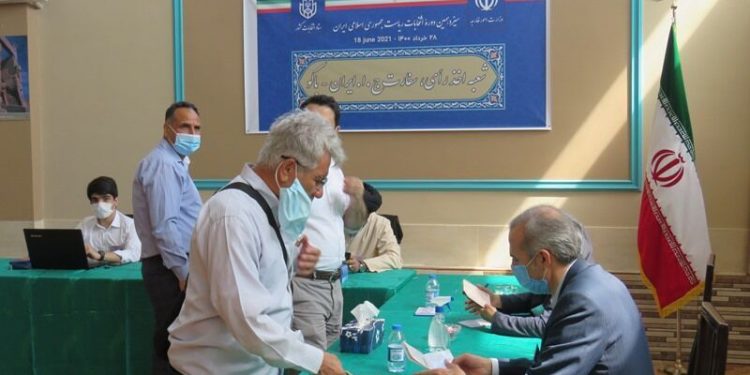 The voting procedure of the 13th Iranian Presidential Elections in Azerbaijan Republic’s capital city, Baku, was extended for the second time for an hour.

This round of the Presidential Elections in Baku was held at the Iranians School in Baku, as well as the Head Consular Office of the Islamic Republic of Iran in the Nakhichevan Autonomous Republic.

Abbas Mousavi, the Iranian ambassador to the Azerbaijan Republic said that the volume of the presence of the Iranian citizens in Baku at this round of the Iranian Presidential Elections was satisfactory.

The Iranian ambassador had before the beginning of the elections said that all the required preparations for holding a good and dynamic election process are made.

“All the executive team members and election observers at the voting ballots were appointed in due time, and they are all trained in several sessions, and the Iranian citizens were invited at the virtual space social media, so that June 18, 2021, elections would be held gloriously, as we spared no efforts in that respect,” added Mousavi.

The Iranian Presidential Elections at two voting stations of the Azerbaijan Republic were held amid observation of full health protocols against the Coronal pandemic.

The voting process at the Iranian Head Council continued till seven p.m., and the Iranian head council said that the volume of the Iranian citizens residing in that republic at the elections was quite satisfactory.