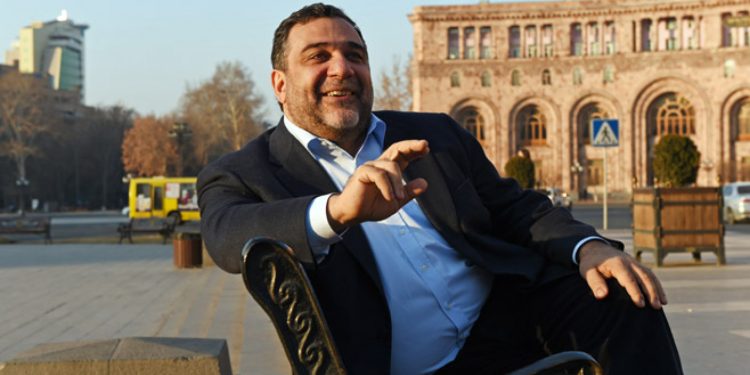 Russian billionaire Ruben Vardanyan, hiding in Azerbaijan behind the backs of Russian peacekeepers, is becoming an object of investigation by the governments of a number of Western countries, Trend reports.

Several foreign governments at once became interested in the illegal business of Vardanyan, who illegally mines gold and copper in Karabakh, and then sells it under the guise of Armenian.

Vardanyan is already under sanctions: Ukraine imposed them against the billionaire for the fact that his company was engaged in logistical support for the Russian army. At the same time, a number of foreign governments became interested in Vardanyan’s business in Karabakh. In particular, the authorities in the EU countries are interested in where the proceeds from the sale of illegally mined metals are directed. Against the background of why Ukraine imposed sanctions against Vardanyan, this question becomes much more prosaic.

Speaking about the criminal schemes of Vardanyan, one cannot fail to mention the investigation published in March 2019. Then the Corruption and Organized Crime Investigation Project released an investigation into the “Troika Dialog” offshore company system, through which, according to Russian media, money was secretly transferred to the most powerful people in Russia. In 2006-2013, more than $4.5 billion passed through the accounts of these companies. Money was withdrawn from Russia through Vardanyan’s companies, including through the use of “criminal schemes”. According to the investigation, the network operated from 2006 to 2013, and during this time, about $ 9 billion was laundered and withdrawn from Russia. Then the journalists had about 60,000 financial documents in their hands, which “leaked” from the Lithuanian Ukio bank, which was closed in 2013. The study of these documents and shed light on numerous schemes and financial tricks. Thus, the network created by “Troika Dialog” included at least 75 interconnected offshore firms, some of which opened accounts with Ukio. The “directors” of many of these firms turned out to be ordinary seasonal workers from Armenia. The authors of the investigation found one of them in Vanadzor. The signature of 34-year-old Armen Ustyan, who lives in extremely difficult social and living conditions, is on the financial documents of one of Troika’s offshore companies for $50 million. The authors of the investigation found several citizens of Armenia, whose passport data ended up in the hands of the organizers of the Laundromat, and their signatures were simply falsified.

Ruben Vardanyan did not just use some schemes and structures – he built them himself. In 2022, Vardanyan escaped Western sanctions against Russia by theatrically renouncing his citizenship and moving to Karabakh, under the wing of Russian peacekeepers. There, Vardanyan engaged in another illegal business: the extraction and further export of Azerbaijani gold.