American justice. It would hardly be a stretch to say that the Hollywood propaganda made sure that for the rest of the world American justice is synonymous with objectivity and impartiality, as well as absolute independence from the other two branches of government—executive and legislative powers. 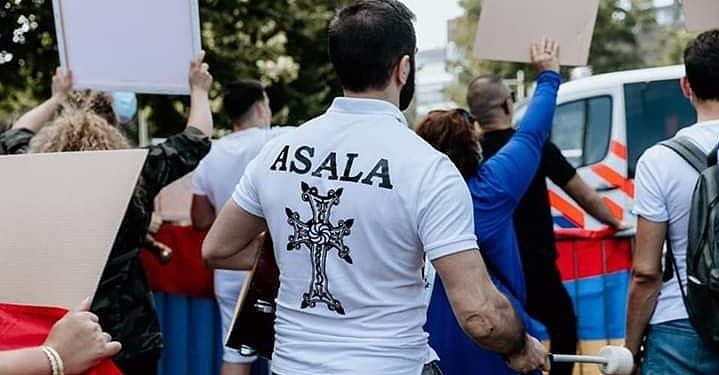 But even the well-oiled machine of the American justice system often falters and makes absolutely illogical decisions. That is what happened with Hampig Sassounian, a member of the Armenian terrorist organization ASALA.

In late February, the Los Angeles County Superior Court vacated the decision of the Governor of California reversing Sassounian’s parole, and soon the militant, who had killed Turkish Consul General Kemal Arıkan in Los Angeles in 1982 and had been sentenced to life for this crime, was released. According to the Armenian media, for several years the American justice system could not decide on the parole of Sassounian. In 2016, Sassounian was granted parole only for it to be denied in 2017 by then-Governor Jerry Brown, who cited letters he had received from then-Secretary of State Rex Tillerson and Attorney General Jeff Sessions opposing the parole. In December 2019, the California Board of Parole once again approved Sassounian’s release, but Governor Gavin Newsom revised the decision. Still, in the end, the forces invested in Sassounian’s release were able to achieve their goal, and Hampig Sassounian is now free to enjoy all the comforts of life in Armenia, where he was welcomed with open arms by his terrorist colleagues from the ARF Dashnaktsutyun.

This case deserves the Stella Liebeck Award, which is awarded annually for the most ridiculous and idiotic court decisions in the United States. But while the decision to free the Armenian terrorist is truly ridiculous and idiotic, there is a clear trace of big politics. First of all, as I said, back in 2016, then-Secretary of State Rex Tillerson persuaded the Governor of California not to approve the decision on Sassounian’s parole. Washington and Ankara were in a strategic alliance at that time, and no one, at least not the everyman, could see any signs of an imminent discord between the number one great power and the southern flank of NATO. Besides, in 2016, Sargsyan’s Armenia was viewed as a silent satellite of Russia, just its South Caucasian province. It simply made no sense for the Americans to do something that, on the one hand, would displease Turkey, and on the other, indulge the pride of a Russian province.

But now, in 2021, the geopolitical situation is different. Soros fosterlings are in power in Armenia, and there is a serious rift in the US-Turkey relations because of Ankara’s purchase of Russian S-400 air defense systems (among many other things). Having received no letters from the Department of State this time, Governor Newsom did not pursue an appeal against the Los Angeles County Superior Court’s decision to release the Armenian terrorist, which was pushed through by the powerful Armenian lobby. Big politics? Definitely! A politically motivated move on the part of the American justice system? Definitely!

There is another fact that deserves attention, in our opinion. The United States, just like France, as a member of the OSCE Minsk Group, have always sympathized with Armenia, and ridiculous court decisions regarding Armenian terrorists are not unique to the United States. Suffice it to recall that in 2001, the French court pardoned the Armenian terrorist Varoujan Garabedian, who headed ASALA in France in the early 1980s. On July 15, 1983, Garabedian planted a bomb inside a suitcase at the Turkish Airlines check-in desk at the Orly Airport in Paris. The explosion killed 8 people, two of whom were Turks, four French, one Swede and one American. The court sentenced the terrorist to life imprisonment but released him 17 years later. The French authorities deported Garabedian to Armenia, where he was welcomed with honors by then-Prime Minister Andranik Margaryan.

Of course, an Armenian reader may argue that Hampig Sassounian has already served 37 years in prison and the American court had the right to show him leniency. Yes, 37 years is a long time, but are there not many Americans who serve longer terms even for less grave crimes? Why doesn’t American justice show leniency and mercy to them? Perhaps because they are not Armenians, and there is no big politics involved in their affairs? The answer is obvious.

So, what do we have in the end? In the end, we see the loss of human values, when assassins of Turkish diplomats are released early from prison. We also see America’s double standards and the fall of the American justice system from the pedestal of objectivity, impartiality and independence. Then again, who said that the US justice system should look in life exactly as it does on the screen?