What good news will Erdoğan deliver in Northern Cyprus? Turkey is tapping into its rich political history!

President Recep Tayyip Erdoğan is traveling today to the Turkish Republic of Northern Cyprus (TRNC). The president's statement, “I have good news,” drew everyone's attention to this visit. 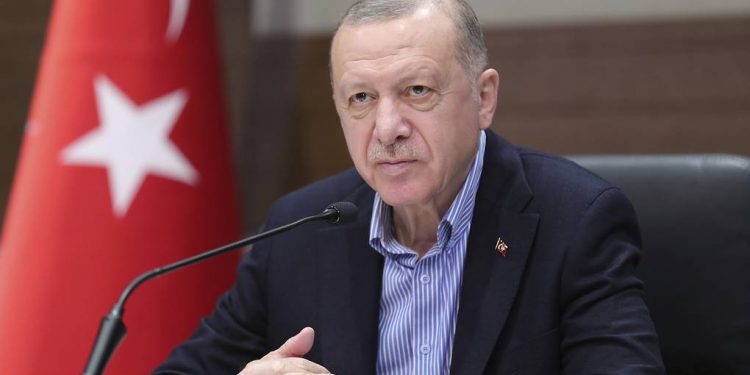 Athens, the Greek Cypriot administration, and the pro-Greek opposition in the TRNC in particular were taken by serious haste.

Erdoğan’s use of “good news” and “peace message” in the same speech had everyone speculating about the nature about the “good tidings” to be delivered. Azerbaijan and Pakistan’s recognition of the TRNC is forefront on everyone’s minds. Azerbaijani and Pakistani delegations’ TRNC visits ahead of Erdoğan’s make this possibility all the more likely.

Besides this, there is the call to Greeks to “return to your homes in Maraş,” and the announcement of the Geçitkale drone base as well as the Famagusta naval base projects.

There is also the possibility of an announcement that natural gas has been discovered in the East Mediterranean, which has become one of the world’s most critical natural gas fields, and where major power clashes have climaxed. Thus, the good news received from the Black Sea last year may be repeated with the Mediterranean this time around.

Having built a dominant presence in the north of Iraq and Syria, reversed the course of Libya’s civil war, Turkey is taking extraordinary steps in a vast area. Its every move, every attempt, every alliance or separation consists of thoroughly-thought and well-planned steps. Even those that seem populist are based on an intellect, a plan.

Turkey is almost designing a whole region. From Central and North Africa to the Persian Gulf, from the Balkans to the Caspian, from the Black Sea to South Asia, Turkey’s “fingerprints, footprints” are felt everywhere.

As much as we perceive them as individual, bilateral relations, Turkey is trying something multi-participant, multi-partner on the earth’s main axis, in the Middle Zone. It is laying the foundations of a new identity, a new power domain.

This effect appears before us, one by one, in Mongolia, in Pakistan, in Central Asia, in North and Central Africa, and countries that are in close and medium proximity.

Turkey opened the Anatolia-Central Asia gate with the Karabakh victory (if the corridor does not work, a new intervention may happen), laying future-oriented, permanent foundations in all regions it reaches out its helping hand.

For example, the days-long drills of Turkey, Azerbaijan, Pakistan, Kyrgyzstan, Mongolia, Uzbekistan, Kazakhstan special operation units are beyond being a training matter alone; it is the first step of something.

For example, the “Turkic Council” is a step of a permanent plan. Western sources have already started to use the term, “Super Turkic State” in Central Asia. For example, this is why we especially want to be present in Afghanistan. The same goes for Libya and Somalia.

Turkey set out for a new axis, a new power bloc outside the East and the West, for the region’s own globalization. This will not stop. Even the smallest operations are being designed to complete this plan.

The region’s own economic basin, its own military alliance, its own technological breakthroughs, its own resource and market sharing, its own common political and social areas will be built. Erdoğan and Turkey’s mind is set on a regional rise that will span the coasts of the Atlantic and the Pacific as the West withdraws and the East rises.

‘We can move the world with this nation.’ We did it before, we will do it again!

The president’s statement that “We can move the world with this great nation” was neither valor nor a populist discourse. This statement represents the return of an intellect that shook the world numerous times over the centuries, in Central Asia, in South Asia, in the Middle East, in Anatolia, in Egypt, in the Caucasus, around the Mediterranean, and in North Africa to the game field in the 21st century.

Regardless of what President Erdoğan’s “good news in the TRNC” may be, it will be a part of this great plan. Because every step, every intervention, every attempt, every word, every claim, every alliance is now aimed at this purpose.

Every frame is a map. Pick your good news!

Hence, I am watching how every step taken completes that picture and brings the frames together. Because every frame is a map. Every statement is a plan. Every attempt is a geopolitical transformation. Athens, the Greek Cypriot administration, the pro-Greek opposition in the TRNC, and the opposition bloc within Turkey’s haste is not for nothing.

Think about it: If he says, “We found natural gas in the Mediterranean,” everyone from France to Israel, Germany to the United Arab Emirates (UAE) are going to panic. If he says, “return to your homes in Maraş,” all theories claimed by the Greek Cypriots will collapse; some Greek Cypriots will not even pay heed to their own governments, and will want to come running.

Any one of these three possibilities will shake the East Mediterranean

If he says, “Azerbaijan and Pakistan recognize the TRNC,” it will be the most radical geopolitical step taken since the Cyprus Peace Operation. The Mediterranean equation will change and its ripples will be felt all the way to the Chinese border and then up to London.

If he says, “a drone base in Geçitkale,” as a country that changed the history of war with drones in Libya and Karabakh, Turkey will become the most effective power in the East and West of the Mediterranean.

If he says, “a naval base in Famagusta,” the Turkish fleet, which has almost complete dominance over the East Mediterranean, will become the Mediterranean’s most powerful, and it will have overwhelming power from Latakia to Israel’s shores.

Hitting terror corridor from the sea. Empires’ mindset is back!

We hit, stopped, and finished in northern Iraq and Syria those who drew terror maps from the Iranian border to the Mediterranean. Then they launched a blockade in the sea. Now they will be defeated in the sea as well.

As I said, even the smallest step taken by Turkey is a political mindset of centuries, a fine-detailed calculation, a plan for the future. It is carrying the mindset of empires to the 21st century. This is the real “good news.”

As I said, “Turkey is the 21st century’s surprise.” Now we are watching those surprises be unveiled, one after the other.

I wish a blessed eid to all my readers…