When will the “Great Reset” happen?

As a result of the agreement signed in Bretton Woods, New Hampshire, in 1944, the US dollar became a reserve currency, because, in layperson’s terms, gold was difficult and dangerous to store. Since then, the US dollar has been a standard around the world. 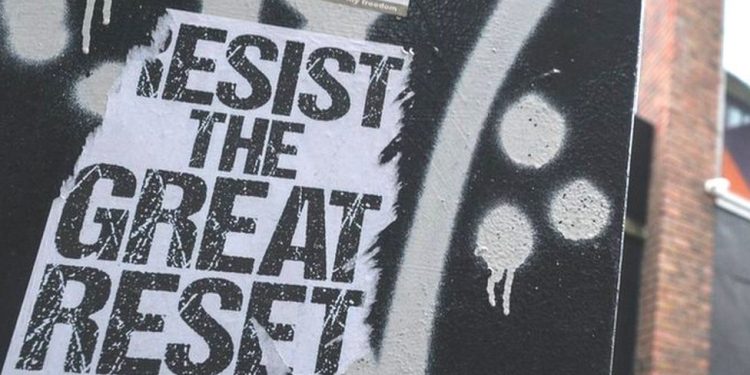 From the “Conversations of the 21st century” series.

Books on the history of the world economy often cite three important years (1913, 1944, 1971). To be honest, I have not read much on the subject, but I have read a few popular books thoroughly, for example, David Graeber’s Debt: The First 5000 Years. Why are these three dates important?

In 1913, the Federal Reserve System, that is, the US central banking system, abbreviated as the FED, was established.

As a result of the agreement signed in Bretton Woods, New Hampshire, in 1944, the US dollar became a reserve currency, because, in layperson’s terms, gold was difficult and dangerous to store. Since then, the US dollar has been a standard around the world. It was proposed by the American economist Harry White, who was opposed by the famous British economist John Keynes. The logic of this agreement was as follows: the dollar would be tied to a specific quantity of gold; presumably, you could bring $35 and get 1 ounce of gold at any time. This is why this system is also called “Gold Exchange”.

In 1971, the so-called Nixon shock took place. US President Nixon said that dollars could no longer be exchanged for gold.

Now, wherever I look, I come across a new expression that the world’s financial elites are discussing: the “Great Reset”. The point to note here is that it is not a “restart”, but a “reset”. The world’s leading publications are already announcing this issue as the main topic of discussion in the new year, books are being written, podcasts are being recorded, and, as always, the gears of the conspiracy theory mechanism are spinning…

Klaus Schwab, one of the founders of the World Economic Forum, and Charles, Prince of Wales, put a special emphasis on the Great Reset when speaking about what the economy should look like in the post-COVID world.

In Canada, Justin Trudeau supported the idea, and its opponents launched a counter-campaign. Meeting in Davos, Switzerland, every January, the forum will be held online in January this year, because of the pandemic, and offline in May, and the Great Reset will be the main item on the agenda. But what is this Great Reset?

Several articles by Klaus Schwab have been previously distributed to various media outlets around the world through Project Syndicate.

One of them is “Time for a Great Reset”, and it says that “we need a ‘Great Reset’ of capitalism”. In his articles and interviews, Schwab says that the pandemic has shone a spotlight on the shortcomings of the previous economic system, monetary relations, and governance mechanisms. What we need now is a shift to a new model of responsible, stakeholder capitalism. So, in the technological language of the new era, an update is coming to the obsolete, expired capitalist system. In all his speeches, Schwab likens the situation created by the coronavirus to fascism and says that, as our grandfathers did after the Second World War, we must think seriously about what we are doing. He described the three core components of the Great Reset:

1) making the world a more resilient place against future disasters;

2) making the world a fairer place for all social groups;

3) making the world a greener place.

Let’s start from the end. Universal basic income (UBI) goes back to Thomas More’s Utopia. In his famous book, Moore argues that the only way to prevent crime is to provide citizens with an unconditional income that would meet their basic needs, that is, you would receive that minimum regardless of whether you worked to earn it or not. This idea was later continued in the 18th century by the American philosopher Thomas Paine, who even suggested that everyone over the age of 21 should be entitled to this income. It keeps coming up in different countries over the years, especially in times of crisis. The main reason of its popularity in recent years is the growing automation. It is expected that in the next ten years, most of the work will be done by automatic machines, intelligent robots, many professions will be made obsolete, and many people will lose their jobs. Then it will be necessary to manage, satisfy and keep alive this army of the unemployed so that they do not turn to radical thinking. A referendum about basic income was held in Switzerland in 2016. The government said, “We offer you a monthly payment of 2,500 Swiss francs, no obligations, will you take it, yes or no?” 76% of the Swiss voted against it. However, this idea is still on the agenda, and Elon Musk, of whom for some reason I think as the Acun Ilıcalı of the world of science and technology, is a supporter and proponent of this idea.

Every day new articles are published and new research papers are written on the smart government model. According to the model, all government operations should be transparent, everyone should be aware of what is happening, all paperwork that is conducted behind closed doors in the classic, outdated state models should be made digital, online and accessible to anyone at any time. Here is a comparison table:

This last point is interesting: it practically means that instead of the concept of nation-state, the concept of commercial state, company-state is proposed.

As the name suggests, cashless society implies that, in addition to all material transactions being carried out electronically, the concept of money we use today will disappear in the future to be replaced with cryptocurrencies.

An experiment conducted by Professor Drazen Prelec at the Massachusetts Institute of Technology in the early 2000s paved the way for the credit cards of today and the cryptocurrency of the future. Prelec conducted an experiment with a group of 500 people. The essence of the experiment was simple: tickets for a very important basketball game were to be sold at a closed auction. The condition was that 250 people would buy the tickets with cash, and the other 250—with credit card. The results of the experiment were shocking. It turned out that the people paying with cash were willing to pay less than those paying with a credit card, who were willing to pay 3-4 times more. Prelec did not end the experiment there. He had both groups go through tomography and found that paying with cash activates the part of the brain responsible for negative emotions, such as pain and loss, while paying with credit card activates pleasure centers of the brain…

There is now a bona fide secret war going on in the world between the classic governments and big companies like Facebook. When Facebook announced that it would issue its own cryptocurrency, the French, for example, became very worried. Why? Because there is a strange currency system called M-Pesa operating in Africa today: you can send money to anyone you want even from very old phones, just like you top up a friend’s phone balance. Seeing its advantages on his tour of tech hubs in Africa, Zuckerberg wanted to release his Libra currency system. If that had happened, Facebook, with no flag, coat of arms, anthem, or army, could become the first virtual state to gain control of much of the planet, but the release was postponed.

The fact is that the world is facing a major paradigm shift expressed by a dangerous slogan: “You’ll own nothing and you’ll be happy.”