Whom and what does UNESCO serve?

The vandalism and barbarism of the Armenians, who targeted the Azerbaijani cultural and historical heritage in the territory of Armenia itself, in the occupied territories of Karabakh and around it, has become a concern for the community. 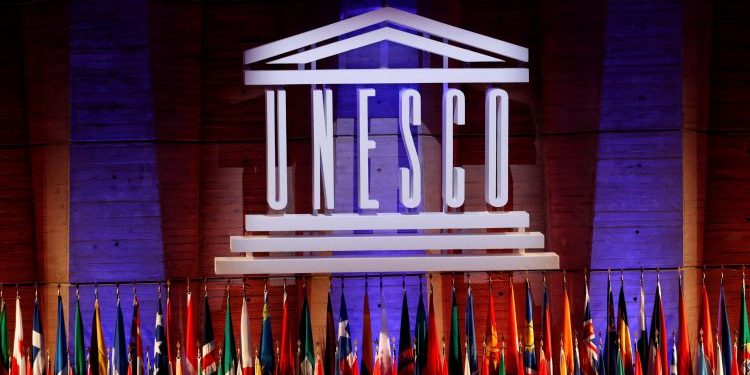 History proves that militant xenophobia is inherent in people and ethnic groups with an inferiority complex. If some individuals find other people’s virtues repugnant, they do not hesitate to destroy the accomplishments of others, so that ignorance reigns supreme.

But when vice defines the actions of ethnic groups, it testifies first and foremost to the incompleteness of a nation’s formation. A barbaric crowd sees the accomplishments of others as a threat to itself.

A treatment for this ailment is not immediately obvious, and even if it is administered to the inferior, the results, however much delayed, instill confidence in the speedy eradication of the destructive force. But an important and irreplaceable factor here is social condemnation.

The vandalism and barbarism of the Armenians, who targeted the Azerbaijani cultural and historical heritage in the territory of Armenia itself, in the occupied territories of Karabakh and around it, has become a concern for the community. The Armenians violated not just one ethnic group’s historical heritage, but the priceless and unique achievements of humanity.

UNESCO was informed about this but was in no hurry to act. As we know, the organization has leverage on delusional masses and the means to prevent this monstrous and destructive bacchanalia. But nothing substantive has been done to salvage the situation.

The unchecked activity of the Armenian lobby has always diverted the attention of the relevant agencies of this international organization so that the vandals could continue to ravage the Turkic habitats. Meanwhile, the invaluable cultural heritage is of vital importance for the future of new generations.

It took great efforts on the part of Azerbaijan’s political leader, President Ilham Aliyev, to get an intelligible response from the leadership and the relevant agencies of UNESCO—not to remain silent, not to pretend ignorance, to finally take action to evaluate the current situation and voice an expert opinion on the crimes of the barbarians.

The unique monuments of Albanian culture, pre-Islamic heritage, Muslim temples, monuments, ancient tombs in the territory of Azerbaijan and in the neighboring lands of Armenia originally inhabited by Turks were subjected to cultural genocide.

UNESCO’s long inaction is in itself a manifestation of abnormal attitude towards its direct responsibilities, and requires informal attention. In protecting the world’s tangible and intangible heritage, selectivity is not only ill-advised but even criminal.

It is strange that strange, to say the least, events and processes take place in the corridors of this organization headquartered in Paris. There is no doubt that lobbyism has made its way into the bowels of UNESCO, but the problem is that it is criminal lobbying.

It is one thing when political services are provided by hired hands promoting the interests of the beneficiaries, and quite another when they create, through their people, a dangerous background to cover up the crimes committed both against people and against cultural and historical heritage.

UNESCO’s procrastination has had an adverse impact on the fate of Azerbaijani cultural heritage throughout the Caucasus region, and the blame lies not only with the aggressive actions of the uncivilized masses, but also with those who patronize the vandals.

Shirking its direct duties, abusing its authority, UNESCO plunges headlong into pure politics. By the nature of its activities, the organization must impartially carry out its direct functions, be on the guard of world heritage, and, finally, not get involved in big politics. Sadly, recent events clearly demonstrate UNESCO’s departure from the rules and requirements of international conventions regulating the exercise of its authority.

The decision to send an independent technical mission to Karabakh, as reported by the UNESCO press service, is already a politically motivated action. It is based on the so-called “signals about cases of continuous desecration, alteration and destruction of Armenian historical and cultural heritage in the territories under the control of Azerbaijani armed forces after the war”. Does UNESCO not know that the united and indivisible Karabakh was and will be an inseparable part of sovereign Azerbaijan? The UN and all other international organizations unconditionally recognize the territorial integrity of Azerbaijan, and if so, then UNESCO knowingly resorts to a provocation in flagrant violation of the 1954 Hague Convention.

The Armenian sources report on this with much fanfare, believing that UNESCO’s glaring mistakes will be able to reverse the events that have established new realities in the South Caucasus. This will never happen, and if Paris wants to commit the planned unlawful act any time soon, it should bear in mind that Baku will not allow UNESCO to violate its sovereignty under any circumstances and muddy the waters for the benefit of unscrupulous separatists and their foreign advocates.

Just as before, the Armenians are trying to make a sly move to get ahead in the game and make Azerbaijan look like the guilty party. But the old trick will not work. The war against the historical and cultural heritage in Karabakh and other areas of the Caucasus was unleashed by Armenia with its zoological instincts, and there is a myriad of physical evidence of that.

Azerbaijan rightly demands that a working group be set up and dispatched to the region in order to clearly and thoroughly record all the crimes of the Armenians motivated by cultural genocide. Their traces lead both to Armenia and to the regions of Azerbaijan where devious barbarism left its mark.

UNESCO routinely says that heritage and history should not be the subject of any political instrumentalization. There is no arguing that this is the only correct imperative. However, in order for this imperative to prevail unconditionally, this international organization must start with itself and not give Armenian provocateurs and opportunists a reason to speculate on obvious truths. This is what will benefit the cause.