Why Karabakh does need autonomous status in Azerbaijan

The small number of 25,000 Armenians continuing to live in Karabakh are too small in number to require an autonomous republic. 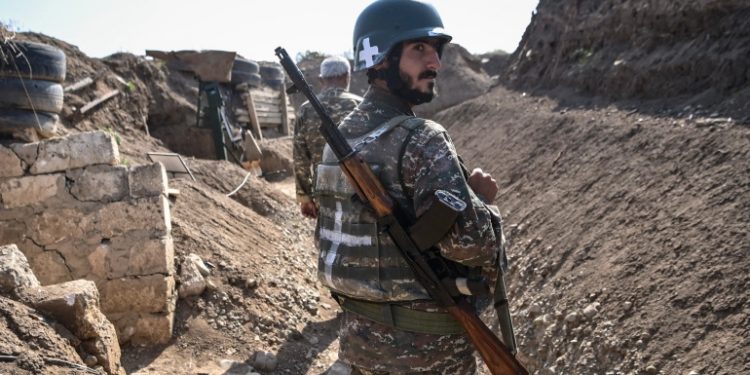 Meanwhile, keeping 2,000 Russian peacekeeping forces in place is a bad policy option as their primary goal will be to keep tensions simmering between Armenia and Azerbaijan.

The situation on the ground has fundamentally changed as a consequence of ethnic cleansing that took place in the First Karabakh War in 1988-1994. Then Armenian forces expelled nearly three quarter of a million Azerbaijani’s, three times more than the Armenians who were expelled from Azerbaijan. Irrespective of where blame lies, the resultant outcome was that Azerbaijan and Armenia are now to all intents and purposes mono-ethnic countries.

The absence of minority problems in both countries should make negotiating a post-conflict peace treaty easier and after it is signed, more durable. National minorities have always created difficulties for negotiators attempting to craft treaties that recognise borders and the territorial integrity of states.

There are four aspects that need to be taken into account by Western policymakers working to bring lasting peace to the South Caucasus.

The first is to accept there has not been a “Nagorno-Karabakh” for over three decades. The Soviet era Nagorno-Karabakh Autonomous Oblast (NKAO) was abolished as far back as November 1991.

The second factor is that it is wrong to call the region the “Republic of Artsakh” as this gives support to Armenian separatists who seek to break away from Azerbaijan and unite with Armenia. This would be the same as calling the Chechen region of Russia as the “Chechen Republic of Ichkeria.”

The third factor is Karabakh never had territorial links to Armenia and the goal of Armenian nationalists therefore during the First Karabakh War was to occupy all of the lands surrounding the NKAO. This led to Armenia occupying a fifth of Azerbaijani territory from 1994 until 2020. During the occupation, the Armenian authorities purposefully destroyed or looted practically every building, as is evident when one takes a tour, as I have, of the liberated areas. Worse still, the Armenian authorities did not encourage any economic development and foreign investment into these occupied territories or the settlement of the large territory it occupied by Armenians.

The final factor is the very small number of Armenians living in Karabakh should be not part of any negotiations between Armenia and Azerbaijan on a post-conflict peace treaty. Armenians living in Karabakh should directly negotiate with the Azerbaijani authorities about receiving some form of self-governing status that would permit education, culture, media, and other areas to be delegated to their representatives. In the case of the Karabakh region, the new self-governing status should not include “autonomy” in its official title which would send a signal that the separatist question is dead and buried.

Negotiations will only be successful between the Armenian minority and Baku when the 10,000 Armenian forces are withdrawn from Karabakh. Their presence is illegal under article four of the 2020 ceasefire agreement which states: “The peacekeeping contingent of the Russian Federation is being deployed in parallel with the withdrawal of the Armenian armed forces. The term of stay of the peacekeeping contingent of the Russian Federation is 5 years with automatic extension for the next 5-year periods, if none of the Parties declares 6 months before the expiration of the period of intention to terminate the application of this provision.”

These illegal Armenian forces are preventing negotiations from taking place that would give the Armenian minority some form of rights.  Their withdrawal is not taking place because Armenian nationalists refuse to accept the new realities arising from their defeat in the Second Karabakh War and they continue to support the unification of Karabakh with Armenia; that is, they constitute a threat to the territorial integrity of Azerbaijan. Meanwhile, the Kremlin is not implementing the ceasefire agreement knowing full well that Armenian forces remaining in Karabakh will prevent a post-conflict peace treaty being signed.

The small Armenian minority in Karabakh should negotiate with Baku the panoply of rights that they need to maintain their language, culture, and history. To achieve this they need to accept they will be living in Azerbaijan, support the withdrawal of illegal Armenian forces and union with Armenia will not happen.

Such a development would end the traumatic ethnic conflict that has plagued Armenia-Azerbaijani relations since the late 1980s. Armenians living in Azerbaijan would benefit from a post-conflict peace treaty that would bring economic development to their region and the entire South Caucasus.

Taras Kuzio, Research Fellow at the Henry Jackson Society and Professor of Political science at the National University of Kyiv Mohyla Academy. Author of the just published Russian Nationalism and the Russian-Ukrainian War. 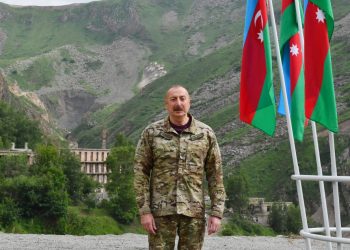