The end of military operations in Karabakh with the signing of a trilateral statement caused different reactions in Armenia. The awakening of Armenian society, which was deceived by misinformation during the war, with the news of defeat at night, led to chaos. Different political groups taking an opportunity tried to overthrow the current government and seize power. 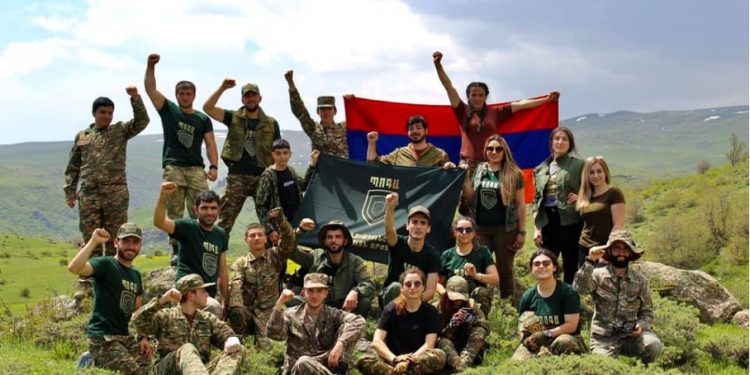 The political crisis was available for the interests of opposition. Calling the current government a “disloyal” and “traitor”, they gathered radical nationalists around them and tried to seize power with their support. Historically, anti-Turkish political movements such as Dashnaktsutyun have been at the forefront in this direction.

Those who cannot accept the new reality in the region are already preparing for the new wars. While Azerbaijan is talking about the opening of communications in the region, the establishment of new economic relations, based on the requirements of the trilateral statement, the approach in Armenia is different. In particular, anti-Turkish propaganda among young people and their call to fight for Karabakh can lead to dangerous consequences.

Recently, a military-patriotic school called “POGA” has started its activity in Armenia. It has gathered people of different age groups around the school, which started classes on March 29, 2021. The main focus is on youth. Along with men, women were involved in the trainings. They are taught to work with military equipment, shooting, mountaineering, first aid, military tactics, etc. classes are held in the following directions. Those who join the staff are also involved in psychological training.

The Activities of “POGA” comprise radical nationalism and anti-Turkish propaganda. The Facebook Page of Organization regularly quotes “heroes” such as Garegin Njde and Monte Melkonyan. Almost in every post, users call for war: slogans such as “The enemy is the same enemy,” “We have no right to weaken,” “Let’s be a great force and prove to the whole world that we will not fall,” “We must be stronger and be a people’s army.”, “The Motherland needs you more than you always” keep young people away from common sense.

The fact that the trainings are free raises some questions. It is known that military training requires large expenditures: the supply of weapons and other equipment for the staff, travel expenses, food, etc. need funds. Although there is not enough information about the  financial sources of “POGA”, it is known that the organization receives support from the Armenian diaspora. In one of the information posted on Facebook the organizers express their gratitude for the support of the American Armenian Vrej Grigoryan.

Although the exercises are mainly organized in Yerevan, military classes are also held in other areas. A total of about 300 people took part in the trainings in Tavush and Lori provinces in May. The next training is planned to be held in Dilijan National Park.

WHAT CAN BE PROBLEMS OF “POGA” IN LONG-TERM?

Bringing up young people with radical nationalist thinking and poisoning them with anti-Turkish propaganda is dangerous for the future of the region. The new political reality in the South Caucasus after the war has created great opportunities for all countries in the region. Armenia and Azerbaijan must take the main steps to use these opportunities to establish sustainable peace in the South Caucasus. After the signing of the trilateral statement, Azerbaijan expressed its approach to the issue and expressed interest in new regional projects. In Armenia, however, the approach to reality is different: although some forces consider it necessary to regulate relations with Turkey and Azerbaijan, nationalist political forces such as Dashnaktsutyun, political figures such as Robert Kocharyan who formed an alliance with them, and initiatives such as “POGA” which have emerged against the background of all these processes, strongly do not accept the restoration of relations with Azerbaijan.

Young people who are brought up with the ideology of “POGA” will not allow the establishment of dialogue between Armenia and Azerbaijan and, as a result, the normalization of relations between the peoples. 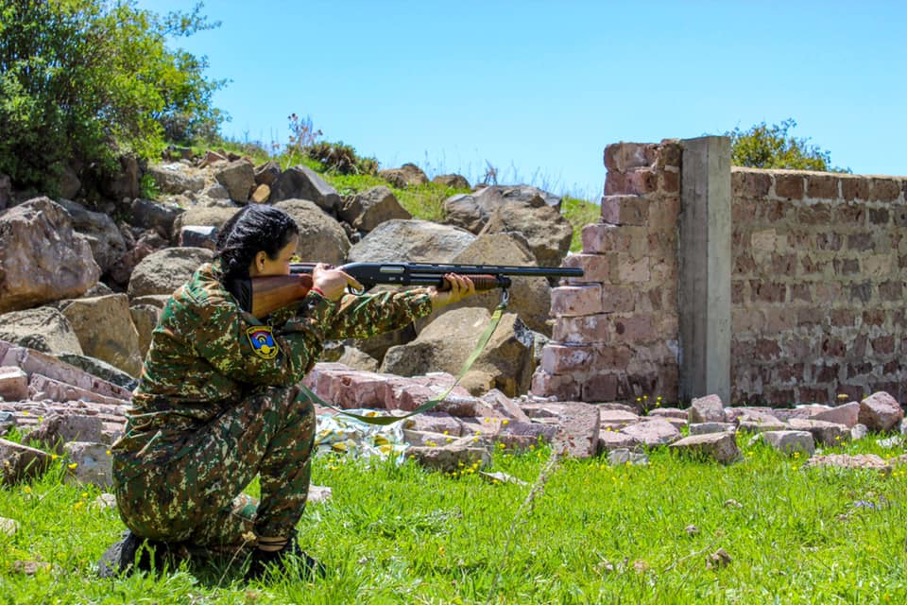 “POGA” IS A THREAT TO ARMENIA

Involvement of young people in military training by organizations such as “POGA” is dangerous, first of all, for Armenia. At a time when the political crisis in the country continues, when there is disagreement among citizens, educating young people with a radical nationalist mentality, teaching them to use weapons can lead to problems in Armenian society in the near future. Young people who are brought up with the ideology of “POGA” will face Armenians who think differently then them and want peace, not war. The Youth of “POGA” will consider these Armenians as their enemies.

There have been many similar incidents in history. Even during World War I, the Armenians, who began the “freedom struggle” in the Ottoman Empire, with the order of Armenian Church carried out massacres not only against Muslims, but also against Armenians who did not join them. Another example is the recent actions of radical movements such as “Sasna Tsrer”: in 2016, members of this group that attacked a police regiment in Yerevan killing law enforcement officers. This shows that Armenians, who were brought up and organized in a radical way, pose a threat to Armenia.

Women who involved in military trainings are even more dangerous. Under the influence of nationalist ideology, these women later began to bring up their children in the same direction. This prevents society from developing a healthy mindset.

The Armenian government must carefully ponder the current situation. War or peace? Which option promises a better future for Armenia? How can young people who have been brought up in a radical nationalist mentality and are preparing for the next war contribute to Armenia? What will Armenia gain in the next war?