Ilham Aliev associates multiple mine explosion casualties among civilians and military personnel after the end of the war in Nagorno-Karabakh with the fact that Baku did not have maps of minefields. 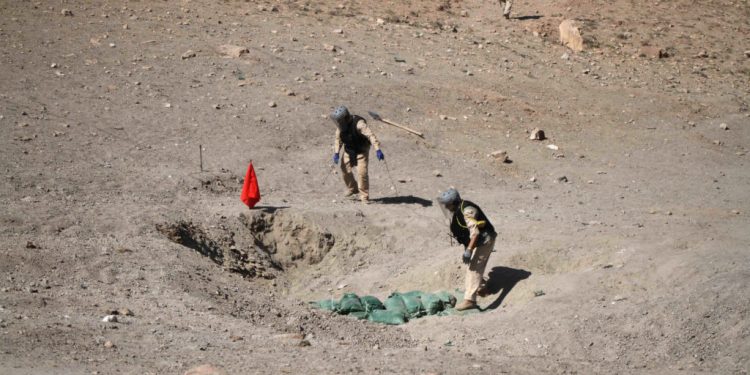 Without the maps, the process of demining may last 10 years, the President of Azerbaijan notes.

The “Caucasian Knot” has reported that on June 12, Azerbaijan exchanged 15 Armenian soldiers for maps of 97,000 anti-tank and anti-personnel mines in the Agdam District. The maps that Yerevan handed over to Baku are only a small part of information about minefields, acting Prime Minister of Armenia Nikol Pashinyan states.

At a meeting with Turkish President Recep Tayyip Erdoğan, Azerbaijani President Ilham Aliev has emphasized that the transfer of minefield maps by Armenia will help reduce the time required to clear the territories that came under the control of Azerbaijan.

According to Ilham Aliev, Azerbaijan uses ten Turkey’s MEMATTs (Mechanical Mine Clearing Equipment) for demining the territory in Karabakh. It is expected to receive at least 20 more minesweepers from Turkey, the “Haqqin.Az” reports.