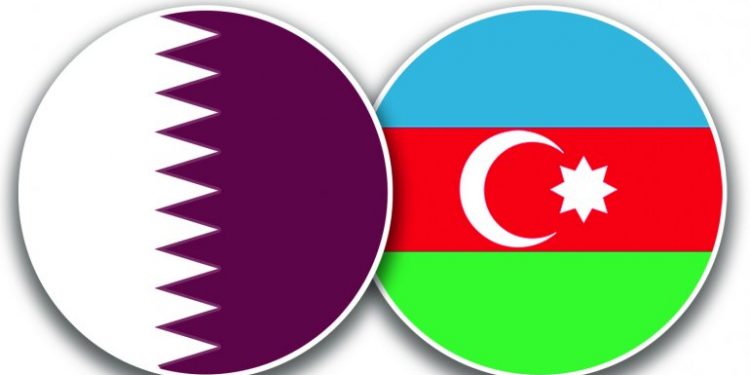 Despite facing grave internal and external challenges arising from the collapse of an empire, Azerbaijan Democratic Republic succeeded in setting effective state institutions, upholding the rights of its citizens and gaining the trust of the international community. Azerbaijani parliament – a democratically-elected, multi-party and truly representative legislative body was the first of its kind in the entire Muslim world. Universal suffrage right as well as the right of voting of women was guaranteed. The newly formed Republic made education a primary goal and consequently the Baku State University was founded.

As stated in the Declaration of Independence, establishment of friendly relations with all nations, especially with neighboring states was determined as one of the foreign policy priorities of Azerbaijan Democratic Republic. The first major breakthrough in diplomatic relations came when the parliamentary delegation of Azerbaijan visited Paris with the main goal to gain international recognition for Azerbaijan Democratic Republic. Unanimous de-facto recognition of the independence of Azerbaijan was attained and the Azerbaijani delegation received an invitation to the Supreme Council of the Paris Peace Conference.

The Bolsheviks invasion of April 1920 put an end to the independence of ADR. As the successor of the Azerbaijan Democratic Republic, the Republic of Azerbaijan restored its independence in 1991. For our nation this year’s Republic Day is especially remarkable as we will celebrate it with restored territorial integrity within the internationally recognized borders. Last year Azerbaijan put an end to nearly 30 years of occupation by Armenia of almost 20 % of its territories. All Azerbaijani cities and villages have been razed to the ground by Armenia during the occupation. Aghdam city is called “Hiroshima of Caucasus” by foreign experts. Armenia deliberately vandalized, desecrated and pillaged our cultural and religious sites. More than 60 mosques were destroyed by Armenia. Mosques were turned into cowshed and pigsty.

Now there is a huge task before us – reconstruction of completely destroyed cities and villages, all cultural and religious heritage sites in the liberated territories. Smart city, smart village and green energy concepts will be applied in the process of reconstruction. We invite companies from friendly Qatar to join the large-scale reconstruction in the liberated territories. Today the Republic of Azerbaijan as independent, sovereign and democratic country brings into the reality the aspirations and ideals of Azerbaijan Democratic Republic with its effective management, socio-economic and human capital development as well as its growing role and prestige in international arena.

Based on the reality of being part of the Islamic world, the Republic of Azerbaijan from the first days of its sovereignty, sought to consolidate fraternal relations with brotherly Muslim countries and thus relations between Azerbaijan and member countries of the Organization of the Islamic Conference began expanding.

In this context, diplomatic relations between the Republic of Azerbaijan and the State of Qatar were established on September 14, 1994.  During the period of more than 25 years of diplomatic relations both States have taken many important steps to develop bilateral relations in many fields. Official reciprocal visits by the leaders of the two countries opened broad prospects for enhancing mutual cooperation. The agreements signed during these visits have created favorable legal framework for the deepening of bilateral relations.

Effective political and economic dialogue mechanisms have been established between Azerbaijan and Qatar, and they successfully cooperate within international and regional organizations. Azerbaijan highly appreciates the position of Qatar in connection with the territorial integrity and sovereignty of Azerbaijan.

In the light of existing high-level political relations between the countries, both sides are interested in the development of economic partnership, including investment, trade and tourism cooperation. Azerbaijan and Qatar still possess untapped potential for effective collaboration in various fields attractive to business circles of both sides. There are vast mutual investment opportunities in areas such as agriculture, tourism, transport, renewable energy sources, information and communication technologies, chemical industry, construction, infrastructure and others.

One of the instruments of bilateral investment cooperation between Azerbaijan and Qatar is a Joint Investment Working Group established with a view of encouraging mutual investments. We managed to organize its second meeting via videoconference on February 22 this year, where the representatives of both sides discussed the existing opportunities and perspective investment projects.

Azerbaijan also diversifies its trade with foreign partners and we are interested in strengthening links with Qatar. With this in mind, delegations from Azerbaijan visited Doha with the aim to meet Qatari counterparts, personally study the local market and its needs, define main obstacles and find best solutions with the overall aim to establish new partnerships. Despite of negative effects of COVID-19 pandemic, we have started by reviving our previous plans and initiatives, holding online meetings between representatives of business circles and relevant authorities of both countries, and we look forward to working together on new potential projects of mutual interest.