Minister: “UNESCO is not responding to our letter regarding Armenia’s removal of murals and icons from Khudavang Monastery”

"When Armenia was surrendering Kalbajar, a number of religious and historical artifacts, including two 13th-century murals, and icons, were illegally removed from Khudavang Monastery," Ministry of Culture Anar Kerimov said. 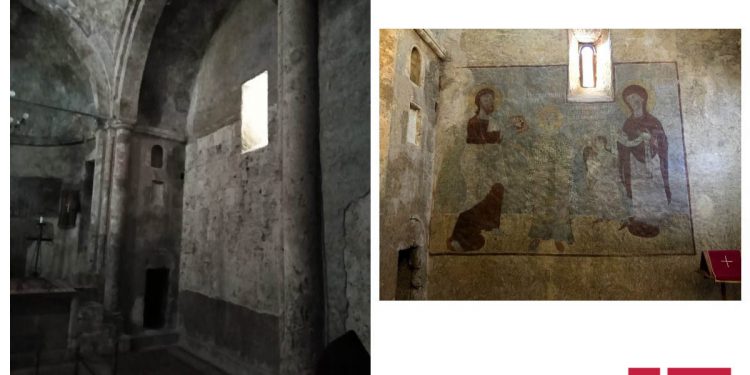 © APA | One of the murals removed from Khudavang Monastery

Mr. Kerimov stressed that this act constitutes a violation of the norms of international law and conventions. In particular, it is a gross violation of the 1970 UNESCO Convention on the Means of Prohibiting and Preventing the Illicit Import, Export and Transfer of Ownership of Cultural Property: “This is why We sent a letter to UNESCO regarding this matter last year, immediately after the Armenians left Kalbajar. Operating with facts, we showed that the murals had been removed from the walls and the icons had been taken away. Interestingly, the Armenians did not even try to hide what they did—a clear indication of disrespect for international law. We outlined this in our letter to UNESCO. Sadly, UNESCO is unresponsive when it comes to these issues. We never received a response regarding the technical mission, and the talks have been going on for a year. We want this mission to happen, but there is no response. There has been no response to the letter about Khudavang Monastery either, for a number of reasons, such as UNESCO’s double standards, the influence of the Armenian lobby and other reasons. The bottom line is that there has been no real response to our appeals.”