Infrastructural connectivity of the South Caucasus: A chance for a community of interests?

The conflict over Nagorno-Karabakh has shown the world the anachronistic nature of the problems faced by the politicians, armies and citizens of Armenia and Azerbaijan. 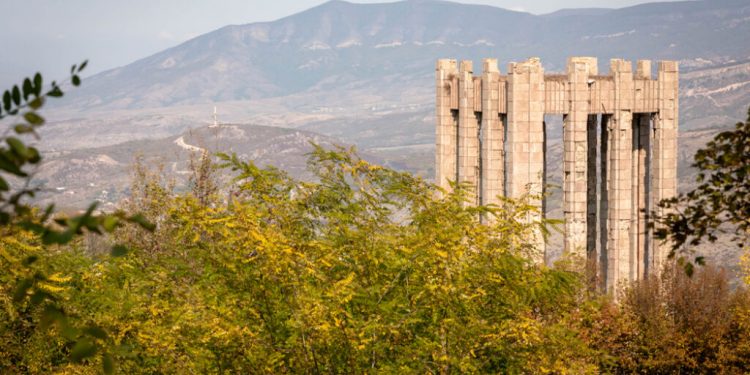 Nevertheless, this real and grim conflict that continues to cause tension in the region contrasts greatly with the hopes of many for peace and well-being. The prospects for development, prosperity and peaceful coexistence between the peoples of the Caucasus are still overshadowed by territorial and ethnic conflict. Despite this, they do not match the aspirations and dreams of the societies present in this region.

Is there anything that unites the diverse interests of these nations? How can we find values that could bring about such declared desires for prosperity and peace? Overall, it seems that perhaps a common platform could form a basis for prosperity and create a community of shared interests. One core interest that is shared by all countries in the region appears to be roads and infrastructure connections. These developments could provide a healthy foundation for building a community of values. At the moment, the construction of modern transportation infrastructure that links the region with the wealthier western world could create opportunities to expand market access, investment, tourism and entrepreneurship.

As a result, the South Caucasus now faces a real opportunity to improve its socio-economic conditions. Just as European countries created the Coal and Steel Community after the Second World War, today in the Caucasus it seems vital to create an “Infrastructure Community”.

The Polish embassy in Tbilisi organised a special seminar with the participation of experts from Georgia, Azerbaijan and Armenia. This intellectual exercise encouraged debate on a potential economic concept of strategic importance for the South Caucasus region. Valery Chechelashvili’s presentation argued that the South Caucasus as a region is a champion of missed opportunities. The three countries, therefore, should create a unique common space and develop conditions for joint development that would allow them to benefit from the area’s natural advantages. The international community’s interest in the region will grow many times over should the South Caucasus experience stabilisation. Serious entrepreneurs with billions of US dollars worth of direct investment, especially in relation to infrastructure, would also come to the region in such circumstances. Development could also benefit from billions of dollars of local funds, which today are being spent on military needs.

Ali Hajizade from Baku outlined the problem of regional infrastructural integration in relation to the scope of current conflicts and the ongoing disagreement over the “Zangezur corridor”. This small part of the region’s transportation system has also attracted the interest of great powers, such as Russia and China. Similar issues related to the Zangezur corridor from the Azerbaijani perspective were discussed in Murad Muradov’s contribution.

Victor Kipiani concentrated on the role of Tbilisi within the South Caucasian paradigm, especially with regards to the country’s bilateral relations with Armenia and Azerbaijan. Based on this, it appears that the quality of relations within the South Caucasian triangle is predetermined by the warmth of Georgia’s links with Yerevan and Baku. It seems that these ties represent the “real politics” of the region and that it is difficult to ignore this reality. This state of affairs consequently underlines Georgia’s important role as the core of regional integration, which should  at least lead to a common economic space. In line with this, both the results of internal reform and the degree of progress regarding Georgia’s integration with the civilised international community will prove to be significant. At the same time, Volodymyr Kopchak offered a short discussion on the Kremlin’s understanding of the region’s transport and infrastructure projects, as well as its conflict management concerning Nagorno-Karabakh. Meanwhile, Vakhtang Maisaia talked about the area’s geopolitical identity and showed how deep political and military conflicts have obstructed regional security at large. Lastly, Benyamin Poghosyan from Yerevan looked at the problem of opening up transportation links in the South Caucasus after the 2020 Karabakh war.

I hope that this set of discussions, presented here as articles on the pages of New Eastern Europe, can provide food for thought and ultimately encourage initiatives among politicians and economic actors both inside and outside the region.

Mariusz Maszkiewicz is the Polish ambassador to Georgia