A Turkish military facility in the Caucasus? Moscow voices concern of Erdogan’s visit

Russian Foreign Minister Sergei Lavrov has dismissed speculation that Turkey could build a military base in Azerbaijan as “rumors.” However, the visit of Turkish President Recep Tayyip Erdogan to the Caucasus must have been a deep concern to Russia. 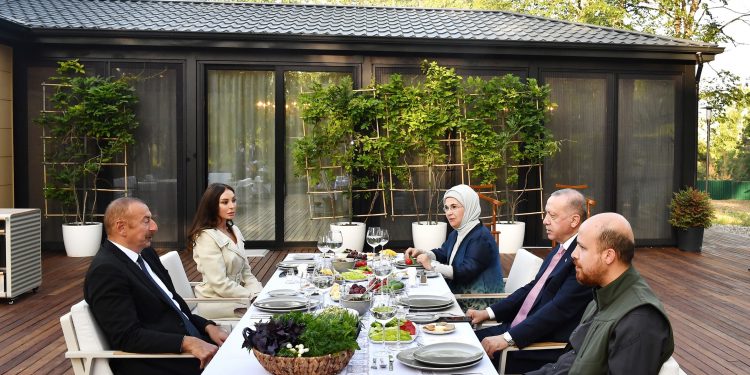 A possible Turkish military facility there is just one of the reasons for Erdogan’s visit to Azerbaijan.

Ankara provided Azerbaijan with both diplomatic and military support during the Nagorno-Karabakh conflict last fall. Turkish military experts advised the Azerbaijani army while Syrian Sunni troops loyal to Ankara were fighting alongside Azerbaijan. In addition, Azerbaijan used Turkish-made unmanned aerial vehicles Bayraktar, killing many Armenian troops and Nagorno-Karabakh rebel fighters. Turkish President Recep Tayyip Erdogan said during a visit to Baku this week that he has not ruled out the possibility Ankara could build a military base in Azerbaijan under an agreement he and President Ilham Aliyev signed on June 15.

The so-called Shusha Declaration on Allied Relations between Azerbaijan and Turkey calls for stepped-up cooperation between Ankara and Baku in the military sphere. It also says that both sides will support each other in case of a threat or attack by a “third country.” Lavrov was questioned by journalists on June 18 about the possibility of a Turkish base in Azerbaijan after he had met in Moscow with Belarusian Foreign Minister Vladimir Makey. He added he did not comment on rumors.

Kremlin spokesman Dmitry Peskov responded more seriously. “The deployment of military infrastructure by the (NATO) alliance countries near our borders is cause for our special attention, as well as a reason for us to take steps to ensure our security,” he told journalists. Armenian state officials condemned the joint visit of the Turkish leader Recep Tayyip Erdogan and his Azerbaijani counterpart Ilham Aliyev to Shusha on June 15.

Shusha is a key town in the Azerbaijani-controlled part of the separatist Nagorno-Karabakh. Erdogan vowed to open a Turkish consulate in the town and launch joint production of military drones. While in Azerbaijan, the Turkish leader reiterated his proposal for a six-nation platform comprising Turkey, Russia, Iran, Azerbaijan, Georgia, and Armenia. This must be alarming for Moscow. Russia seeks to remain the number one mediator in the conflict between Azerbaijan and Armenia and prevent other countries from outside the region.

The Russian strategy failed with regard to Turkey and it is expected that Ankara will intensify its diplomatic efforts in the Caucasus. This may in particular involve rapprochement with Georgia.