According to the Azertac news agency, President Ilham Aliyev made the remarks on a visit to the newly liberated Jabrayil and Zangilan districts during the inauguration ceremony of a border control garrison. 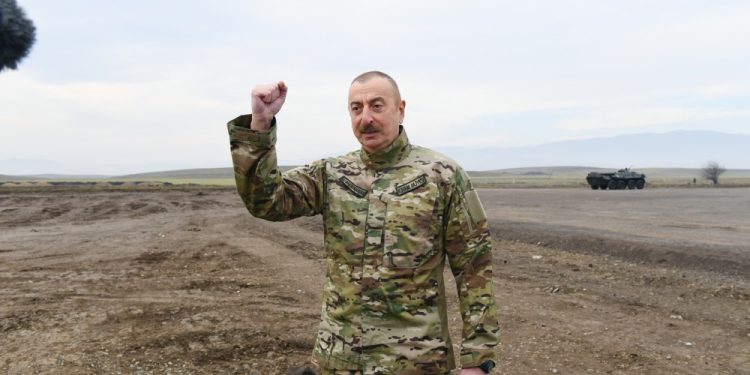 Referring to the necessary measures to strengthen the protection of the common borders immediately after the end of the Nagorno-Karabakh conflict, the Azeri President said, “The borders of our country and Iran are the ‘border of friendship’ and the protection of these borders is of particular importance for developing relations between the two countries.”

The increase in the trade at shared borders indicates the development of relations between the Republic of Azerbaijan and Iran, according to Aliyev.

Aliyev referred to the “Khodaafarin” bridges over the “Aras River” near the border barracks in the city of Jabrayil as a symbol of friendship between the Republic of Azerbaijan and Iran.