As they say, it is hard to find a black cat in a dark room, especially if there is no cat there. But what if someone really wants everyone to think that there is a black cat in an empty dark room? What to do then? 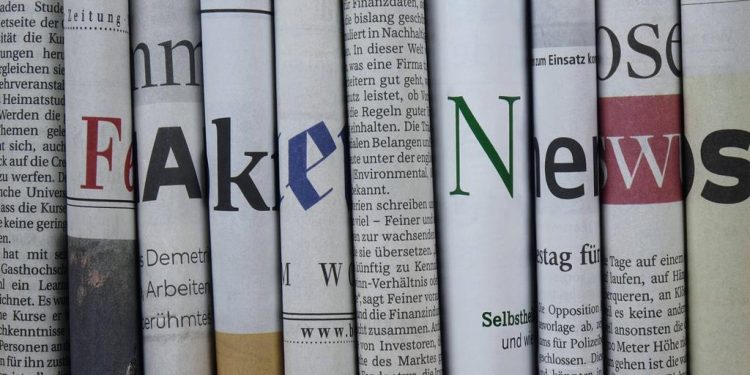 Try to convince them, of course. How? By creating numerous fakes in the hope that they will become permanent fixtures, making the subject familiar, commonplace in the public mind so that eventually it is no longer perceived as false or even questionable.

This is the pattern of the relations between Azerbaijan and Iran in recent months, alternating between flareups and lukewarm exchanges of accusations. Iran, as must be evident to all and sundry by now, is unhappy with Azerbaijan and Turkey strengthening in the region, taking control of the Azerbaijani-Iranian and Azerbaijani-Armenian borders, and with the events taking place in the South Caucasus in general. Hence the saber rattling on the Azerbaijani border, hence the audacious baseless allegations that Baku welcomes and harbors terrorists, the terrorists Tehran somehow knows all about and no one has actually seen in our country. We have repeatedly brought the dirty methods used in the information war against Azerbaijan to the reader’s attention. But the fake news factory never stops. Its most recent product is of a similar kind.

Starting from October 31, the “interview” Uzi Arad, former Mossad employee, National Security Advisor to the Prime Minister of Israel (from 2009 to 2011), had “given” to Jerusalem Post‘s chief political correspondent and analyst Gil Hoffman went near viral, first on obscure blogs, then in Armenian and Iranian media outlets. In it, Arad “shared” fond memories of his trips to Azerbaijan, his two different missions: first as a Mossad agent and later as the National Security Advisor to the Prime Minister.

Arad also “told” Hoffman about “the sale of military weapons to Azerbaijan, the construction of advanced drone production plants, the holding of 146 training courses for senior military commanders of Azerbaijan and staging multiple secret annual joint military exercises in the Caspian Sea, southern Azerbaijan and along its borders with Armenia”, and even the joint command center of Mossad, CIA and FBI in the building of the State Security Service of Azerbaijan.

What a bombshell! An information bombshell! A geopolitical bombshell! One of global proportions, no less! Finally, someone who has been dying to prove the presence of the Israeli military and Mossad in Azerbaijan’s territory, and so close to the Iranian border too, has rock-solid evidence! And to think that Iran many times begged the world to take its word for it that Azerbaijan in tandem with hateful Israel was pursuing anti-Iran policy! Well, this time Tel Aviv, let alone Baku, definitely cannot get away unscathed.

However, whoever came up with this primitive operation to discredit Azerbaijan, their joy was short-lived. We put the word “interview” in quotation marks for a reason: Armenian media seem to refer to Jerusalem Post but the actual link goes to gil-hoffman.com—the Israeli journalist’s alleged personal blog. Too bad that Hoffman himself soon denied both having interviewed the Mossad agent and his affiliation with the website. 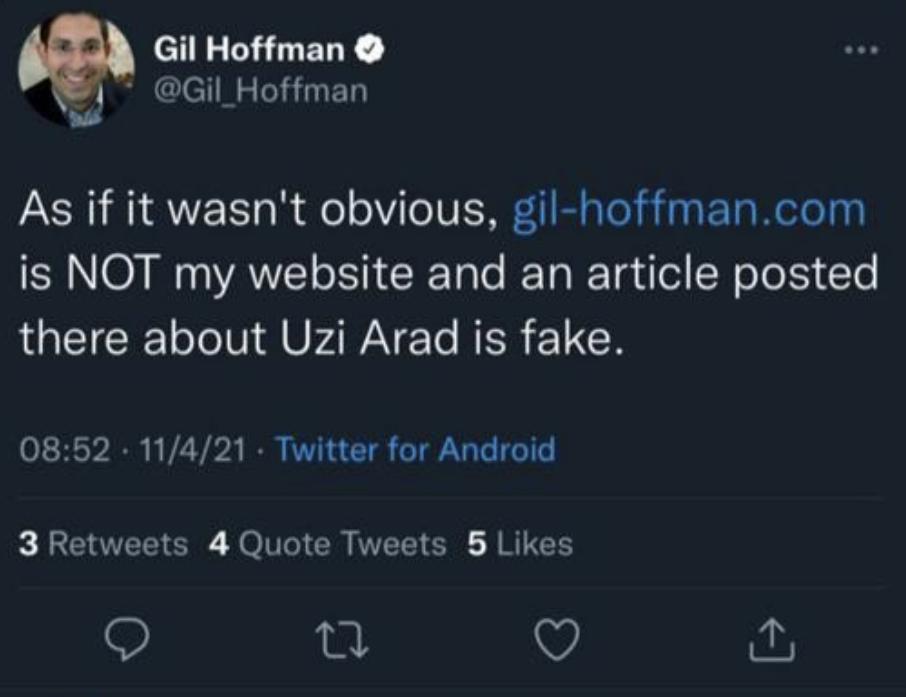 “As if it wasn’t obvious, gil-hoffman.com is not my website and an article posted there about Uzi Arad is fake,” Hoffman tweeted.

And it all was going so well for the authors of this fake. Just think about all their hard work—creating the website (on October 12 of this year, by the way) and concocting the interview they tried to use as anti-Azerbaijan propaganda. 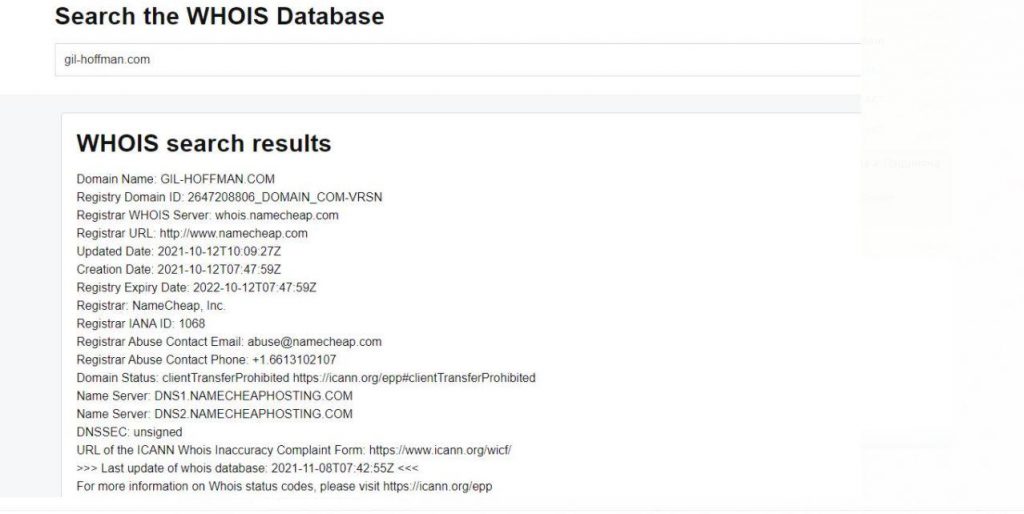 Tough luck, guys. I don’t know if it was Armenians who made such a valiant effort to keep the conflict between Azerbaijan and Iran from dying down, or Iranian agitators got carried away, working too zealously on the assignment from their handlers to supply Tehran with the facts of the “destructive cooperation” between Baku and Tel Aviv. Do you know what the funniest part is? No, not that it is unclear how they planned to shut Hoffman up. Kidnap him for a while to stop him from ruining it? Turn off the internet in all of Israel so that Hoffman couldn’t go online and expose the fake for what it is? Iran, much less Armenia, has no power or means to do that. The funniest part is that the authors of this fake article have a very limited understanding of how Mossad works. Even former employees of the Israeli intelligence agency are not exactly chatty. And here we have Arad blabbing about Mossad, CIA and FBI sitting cozily together in the building of the State Security Service of Azerbaijan… No one in their right mind would believe in such loquaciousness of the Israelis. So, as is often the case with non-cases, the fake news mongers have fallen flat on their face with their foot in their mouth.