Anuzis: Why are members of Congress lobbying for a pro-Russian separatist republic?

Adam Schiff, the peddler-in-chief of the “Trump-is-a-Russian-stooge” Big Lie just lobbied Congress for $50 million of taxpayers’ money for a pro-Russian rogue ‘republic’ in the Black Sea region. Yep, you read that right. 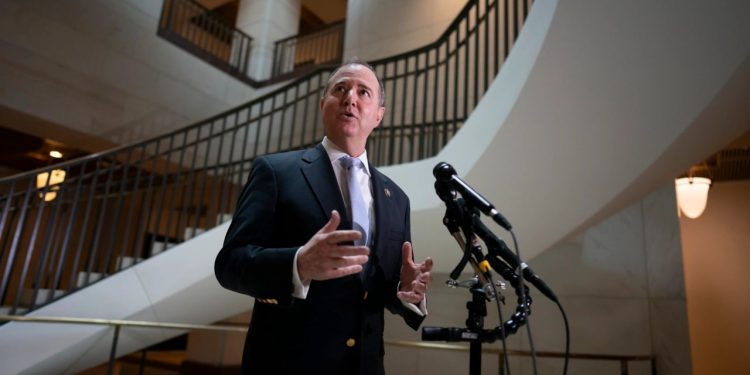 There’s not yet a word to describe this — because “hypocrites” can’t do justice to their attempts to fund “Artsakh” — an ethnic Armenian separatist state squatting on land recognized by the United States as legally part of someone else’s country. Its pretend president just hailed Russia’s recognition of Kremlin-sponsored Donetsk and Luhansk as no longer part of Ukraine but independent states — yet Schiff describes these Russia-lovers as “democratic allies and partners” in his letter to House and Senate Appropriations. It’s as though his whole “Trump-loves-Moscow” thing never happened.

Schiff will of course spin this otherwise: He has a big Armenian Diaspora in his congressional district, so he’s only backing the wishes of his voters to support their homeland, he’ll say. Most will want free of Russia’s vast control over Armenia, and perhaps they think this cash might help.

As a Lithuanian-American whose parents fled the Soviet Union for the United States I see it very differently. In the Cold War I would have been shocked had my congressman called for funding for the government of Lithuania when it was under Soviet Russian influence. Back then, the Lithuanian Diaspora and Congress used to fund the collapse of such pro-Russian governments as Schiff is seeking to finance today to liberate the people suffering under their control.

For Schiff to demand U.S. tax dollars go straight to the pockets of Russian puppets would be shocking enough in normal times. But it beggars belief that along with his Democratic friends Pallone and Speier he attempted to insert this provision into the same spending bill that last week sent billions in emergency aid to Ukraine. Do they know anything about history?

Just like in Ukraine, Russian soldiers are stationed in Artaskh too — or to give it its legally recognized name, Karabakh. Moscow carved this presence out in late 2020, when they mediated a ceasefire to a short conflict between Armenia and Azerbaijan.

Struggling in battle, the Armenian separatists in Karabakh and their patron Armenia looked to Russia as guarantor to uphold their remaining illegal presence in Azerbaijan’s international recognized territory. Whilst Armenia may claim it as ancient ancestral homelands — just Putin does with Ukraine — international law has been clear: Sovereignty means sovereignty.

This is the state on behalf of which Adam Schiff — together with Frank Pallone and Jackie Speier — asked U.S. taxpayers’ money to be sent.

That is Adam Schiff who led the impeachment proceedings against Trump, declaring of the then president there “would be no need for the Kremlin to blackmail him (Trump) into betraying America’s interests — to a remarkable degree, he would prove more than willing to do that on his own.”

That is Jackie Speier, also a member of the House Intelligence Committee, who called President Trump-Russia relations ‘Kompromat’ and recently advocated for the “severest sanctions” against Moscow. And that is Frank Pallone, chair of the House Energy and Commerce Committee, who stated: “We must treat Putin as the bloodthirsty autocrat that he is and make him pay for the needless and unnecessary suffering.”

Yet none see any problem, nor contradiction, with demanding a Russian puppet state is provided free U.S. tax money.

Fortunately, the $50 million provision was not included in the final spending bill. However, a watered-down version was. The same spending bill approved $45 million for Armenia, the self-proclaimed republic’s patron, and $2 million toward demining of landmines laid in Karabakh by the Armenian separatists themselves.

Yet with “Artsakh” essentially an extension of Armenia, is it wise for Congress even to be sending such sums to the latter?

When the Council of Europe suspended Russia in the wake of its Ukraine invasion, Armenia was alone in voting against the measure. Moscow has two military bases in Armenia and is a founder-member and current chair of the Collective Security Treaty Organization — Russia’s copycat, NATO-style, six-nation military alliance. When anti-corruption protests recently erupted in Kazakhstan it was the Armenian prime minister as chair who ordered alliance forces into the country to defend what were essentially Russian interests.

Nations that have taken an ambivalent stance to Russia’s invasion have come under intense scrutiny from the U.S. Allies like Pakistan have been rapped over the knuckles for abstaining from the UN General Assembly vote condemning Russia. Given how it undermines America’s position, members of Congress lobbying for a Russian allied and protected pseudo state should face similar censure.

They have questions to answer. “Artsakh” and Armenia’s deep connections with Russia and support for the invasion cannot be dismissed as mere oversight. As a trained prosecutor, Schiff surely knows such an excuse could never stand up in court.

Saul Anuzis is president of the 60 Plus Association, the American Association of Senior Citizens and former chairman of the Michigan Republican Party.