An explosion struck a nightclub in Azerbaijan's capital Baku early on Sunday, setting off a fire that killed one person and injured 31, the Associated Press reported. 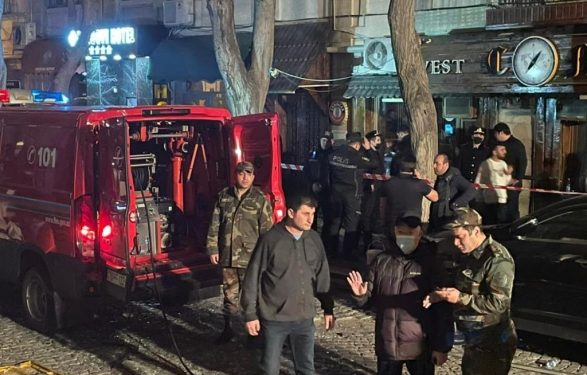 The explosion was believed to have been caused by a gas leak and investigations were ongoing, the AP said, citing an Interior Ministry spokesperson.

Explosion in the nightclub "LocationBaku" in central #Baku, #Azerbaijan: 3 dead and 24 wounded.

According to the initial version, the explosion occurred as a
as a result of a #gas leak. pic.twitter.com/Z4hkZzvyks

“Very sad news about casualties as a result of explosion at the club downtown Baku,” US Ambassador Khazar Ibrahim tweeted. “My condolences and prayers.”

Very sad news about casualties as a result of explosion at the club downtown Baku. My condolences and prayers. https://t.co/W694poTNxZ

Some 24 of the injured had been hospitalized, most with burns, the AP quoted a Health Ministry spokesperson as saying.

The country’s emergency services were called to the club at 3 a.m. (2300 GMT on Saturday) and extinguished the fire before it could spread, the AP said, citing a statement from the department.