In Armenia, admirers, lawyers and followers of the Nazi Garegin Nzhdeh are trying to prove that the known indictment following the investigation, published back in 2007 and containing direct accusations of collaboration with the Nazis, was allegedly not final and that the charge of collaboration with Hitler was dropped at the end of Nzhdeh's trial. 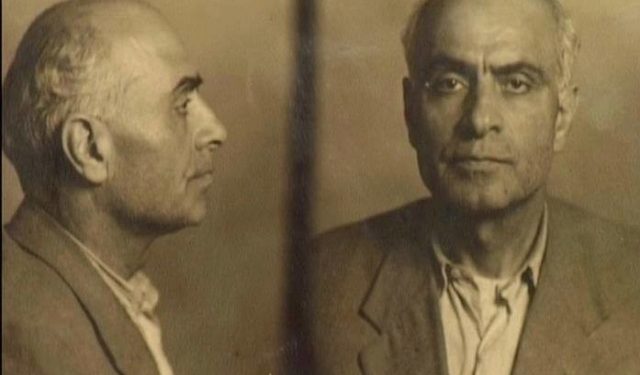 Here are these documents from the Armenian archives: NZHDEH AND HITLER: Details (from a collection of documents: Vache Hovsepyan. Garegin Nzhdeh and the KGB: The Memoirs of a Spy. Yerevan, 2007)

In conclusion, I asked: how can we Armenians help Germany in this war. I suggested … opening a school for Armenians in Berlin, whose graduates we would give to the Germans to train and use as they saw fit.

Drum jumped at the offer and tasked me with selecting a group of about 30 Armenians in Bulgaria and sending them to Berlin, where they would be trained to be sent to Soviet Armenia for sabotage and other purposes, when the German troops reached the borders of Armenia, as well as to help the Germans from inside to liberate Armenia from the Bolshevik forces as soon as possible.”

“Drum also said that during the retreat of the Red Army, many civilians were leaving together with the troops and that those people, speaking Armenian and sent to Armenia, should launch appropriate pro-German agitation, so that no one would leave with the Bolsheviks.” (P. 146).

“When I was still in Berlin, working in the Armenian Committee, I found out that all the students of the school were dressed in German uniforms and sent to the Crimea, where they were accommodated in the village of Simena. They stayed in the Crimea for about 4 months. (…) All trainees of the sabotage school were sent to the Crimea to be ready to be transported to Soviet Armenia on sabotage assignments.” (PP. 149−150)

“’What kind of training did the group of Armenians you represented receive in Germany?’

‘This group received military combat training and, at the end, demolition training. The training took about eight months.’

‘So this group was trained as saboteurs?’

‘This entire group was trained as saboteurs for the benefit of the Germans.’” (P. 155)

“In August 1943 Ter-Arutyunyan G.Y. [Nzhdeh] came to the Crimea and addressed the aforementioned scouts-saboteurs, calling them to carry out the Germans’ assignments (Volume II, Sheets of Case Nos. 309, 310).” (P. 83)

Now documents from Russian archives have come to light (see the photos). According to them, Nzhdeh was convicted, and the charges included collaboration with Hitler’s intelligence service in the war against the USSR during the Great Patriotic War. 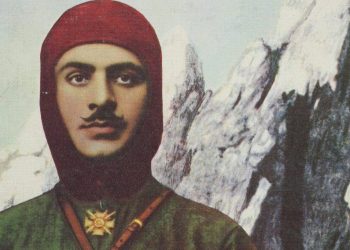