According to the French historian, at this conference, President Ilham Aliyev presented details of the plans to develop transport, energy and other fields. 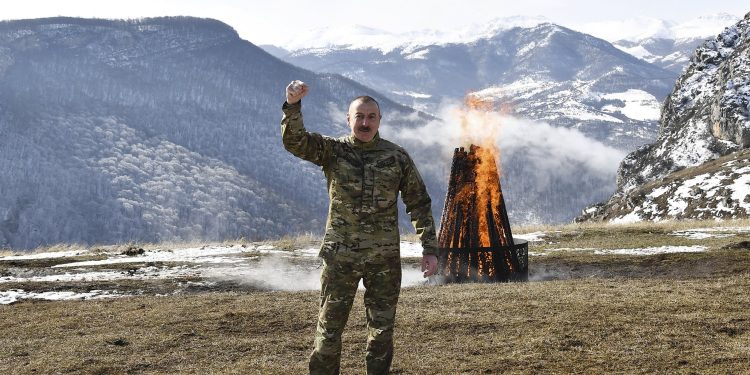 “President Ilham Aliyev’s peace agenda is a rational approach to the normalization of relations between Azerbaijan and Armenia. According to the Azerbaijani leader, Armenia must give up on revanchism and irredentism and honor the agreements on the opening of the corridor (Zangezur corridor—Ed.). This is the only way for Armenia to get the economic benefits necessary for the development of the country. I would even say that this approach is the only way to guarantee Armenia’s existence. Otherwise, more isolation awaits Armenia, and the country will be swept away in hemorrhagic emigration, which will wipe the country off the world map. Revolutionary rallies are held in Armenia today, where former president Robert Kocharyan claims that once relations with Azerbaijan and Turkey are normalized, Armenia will be economically dependent on those countries. But the fact is that Armenia has never had economic independence,” Maxime Gauin, a French historian, participant of the “South Caucasus: Development and Cooperation” international conference held at ADA University on April 29, said in an interview with Day.Az.

According to the French historian, at this conference, President Ilham Aliyev presented details of the plans to develop transport, energy and other fields.

“Azerbaijan is willing to discuss concrete suggestions that Armenia wants to add to the five basic principles for the establishment of relations between the two countries. This is the last chance for Armenia, this really is the case. For example, Georgia has greatly benefited from its partnership with Azerbaijan and Turkey,” he said.

Gauin said that Armenia had been created as a barrier between Azerbaijanis and Turks and existed as a nominally independent state from 1991 to 2020 as this barrier.

“If Armenia stops playing others’ games, this will benefit Azerbaijan, Georgia and Turkey, but first and foremost Armenia. It is obvious that all the countries of the region benefit immensely from interaction with each other, while Armenia remains in pointless self-isolation.

“As a citizen of the European Union, I would like to add that what the EU wants is a prosperous South Caucasus, where the three states are at peace and working together for the common good. This wish becomes even more relevant in the context of events in Ukraine,” Maxime Gauin summed up.