Aliyev said in a televised interview on Tuesday that Azerbaijan would spare no effort to establish the so-called Zangezur corridor, regardless of whether Armenian wanted it or not. 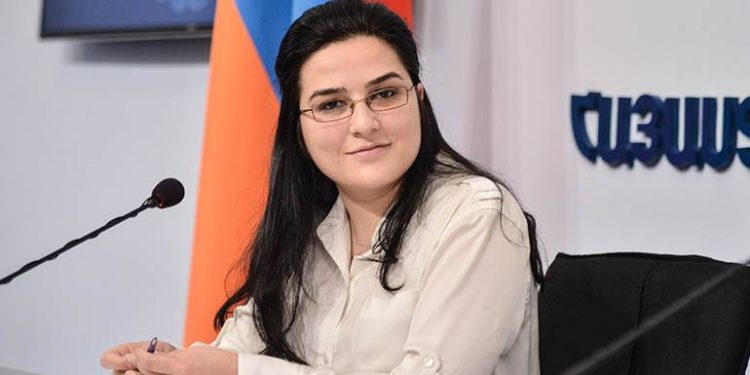 Armenia condemns Azerbaijani President Ilham Aliyev’s statement on possible use of force to establish a transport corridor to the Azerbaijani city of Nakhchivan via Armenia’s territory and is ready to defend its sovereignty and territorial integrity, Armenian Foreign Ministry spokesperson Anna Naghdalyan said in a statement on Tuesday.

“We strongly condemn the Armenian president’s zeal to use force. <…> Such statements do serious harm to regional peace and stability. They reveal the false nature of Azerbaijan’s recent peace statements,” she said.

“Armenia will take all necessary measures to defend its sovereignty and territorial integrity,” she vowed. “We are in permanent contacts with our strategic ally and with all of our partners who are interested in peace in the South Caucasus,” she stressed.

Armenia’s authorities have repeatedly said that Armenia considers Russia as its strategic ally.

“Notably, such threats were voiced ahead of the anniversary of the Armenian Genocide,” Naghdalyan said.

Aliyev said in a televised interview on Tuesday that Azerbaijan would spare no effort to establish the so-called Zangezur corridor, regardless of whether Armenian wanted it or not. He said that if Armenian accepted the idea it would be easier to settle the matter, otherwise the Azerbaijani side would be ready to do it by force.

The Armenian foreign ministry said in early March that the November 9, 2020 agreement on cessation of hostilities in Nagorno-Karabakh signed by the Armenian, Azerbaijani and Russian leaders did not envisage the establishment of a corridor from Azerbaijan to Nakhchivan via Zangezur (Armenia’s Syunik Province). Some of the districts around Nagorno-Karabakh were passed over under Baku’s control under the trilateral statement of September 27, 2020 that put an end to combat operations in the conflict zone. The Azerbaijani and Armenian sides stopped at the positions that they had held and Russian peacekeepers were deployed to the contact line in the Lachinsky corridor.