Protests demanding Pashinyan’s resignation sparked across Armenia after he signed the trilateral statement with Russian President Vladimir Putin and President of Azerbaijan Ilham Aliyev, which ended the hostilities in Nagorno-Karabakh. 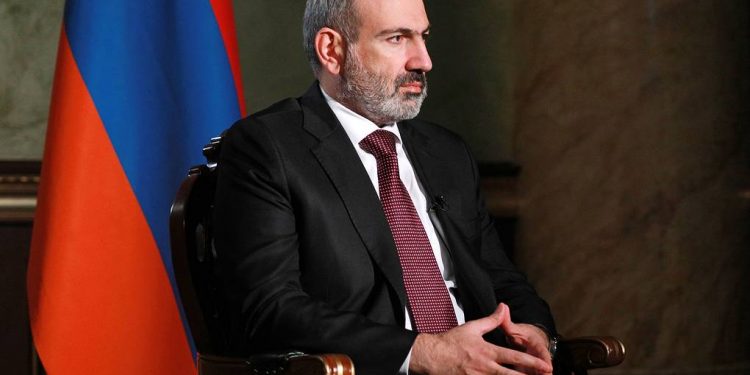 Armenian Prime Minister Nikol Pashinyan believes that protests that accompanied his visit to the city of Megri were illegal and that law enforcement must react to them strongly.

“I would like to talk about what happened in Megri. It is clear that a violation of law took place, and I expect the law enforcement agencies to react very strongly. We must not allow the atmosphere of impunity in the country. The guilty must be brought to responsibility in a way that the public could see,” he said during a meeting in the Syunik Province, according to video footage, published on Pashinyan’s Facebook page Wednesday.

He also asked the Prosecutor Generals’ Office representative about measures taken, to which the latter replied that a criminal case has already been initiated.

“We have already initiated a criminal case on Article 258 part 3 of the Criminal Code [hooliganism],” he said.

Earlier, Pashinyan arrived to the Syunik Province in southern Armenia. On Wednesday, he visited cities of Megri, Agarak, Kajaran and Kajan, where residents met him with protests, chanting obscenities towards Pashinyan and demanding to leave office.

Protests demanding Pashinyan’s resignation sparked across Armenia after he signed the trilateral statement with Russian President Vladimir Putin and President of Azerbaijan Ilham Aliyev, which ended the hostilities in Nagorno-Karabakh. In accordance with the statement, both fighting sides stopped at their actual positions, and Russian peacekeepers were deployed at the contact line and along the so-called Lachin corridor.

Residents of the Syunik Province took these agreements particularly hard, because the border with Azerbaijan is now directly adjacent to this region. People claim that, in result, Azerbaijan deployed military posts in close proximity of settlements.