According to the Armenian newspaper Hraparak, Georgia is actively preparing for the meeting between Aliyev and Pashinyan and the signing of a document marking the beginning of an era of peace. 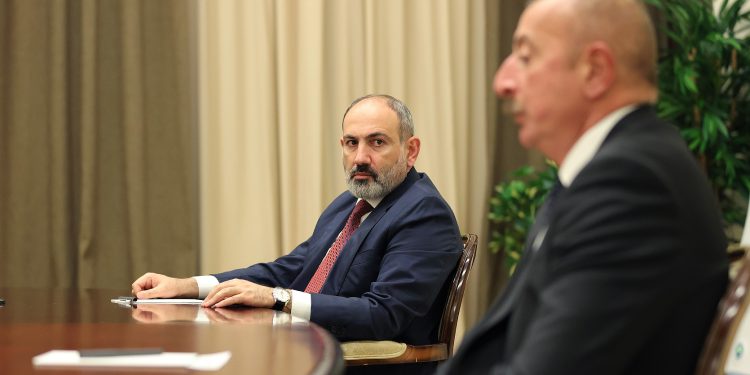 The publication’s sources report that the signing of this document will mean the official and final renunciation of Armenia from Karabakh. Yerevan undertakes not to interfere in any way in the affairs of Karabakh, the Armenian ethnic population of the region will be deprived of Armenian citizenship and funding.

“Not only law enforcement agencies will lose funding, but the management system as a whole. Armenia will only get the right to implement projects of a charitable and social nature, for example, in the form of painting the demolished wall of a kindergarten. Anything beyond that will be seen as sponsoring and funding separatism and terrorism.

The Armenian population of Karabakh will have a choice – either they receive citizenship of Azerbaijan and continue to live at their place of residence, or as citizens of Armenia leave Karabakh. Azerbaijan demands that those settlements in which Azerbaijanis lived before 1992 be immediately removed from the control of Armenia. First of all, this refers to Khojaly. For Aliyev, the entrance to Khojaly will be as symbolic as to Shusha or Lachin.

That is why, given the possibility of signing this document, Aliyev said in Sochi that there is no Karabakh issue, it has been resolved, and there can be no discussion on this topic. As for the Russian peacekeeping forces, after part of the Armenian population leaves and the acceptance of Azerbaijani citizenship by the rest, their stay in the region will become completely meaningless. Azerbaijan will announce that these people are citizens of its country, and it is able to independently ensure their rights and security,” Hraparak writes, citing its sources.