Illegal Armenian armed groups in the territory of Azerbaijan in the area of responsibility of the Russian peacekeepers have committed a new terrorist act. 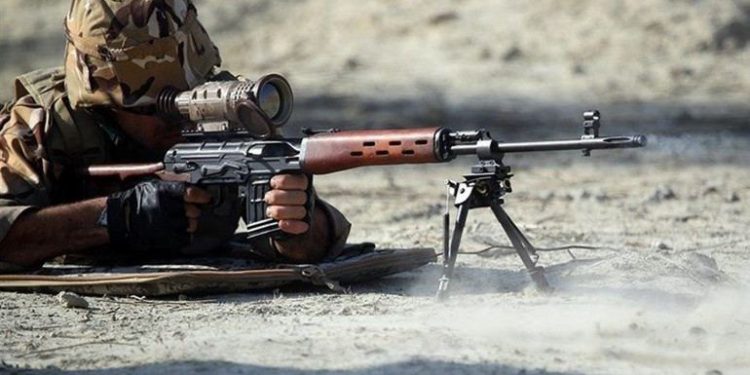 The Ministry of Defense of Azerbaijan reports that a soldier of the Azerbaijani army, Hamzayev Afgan Bahram oglu, was killed by a sniper shot at about 18:15 on October 14.

A request to investigate this terrorist act has been sent to the Joint Russian-Turkish Monitoring Center in Agdam.

The statement of the Azerbaijani Defense Ministry calls this terrorist act by illegal Armenian military units supported by Armenia committed during the meeting of the foreign ministers of Armenia and Azerbaijan with the mediation of the Russian Federation in Minsk a deliberate provocation. At the same time, this is yet another proof of Armenia’s policy of deliberately aggravating the situation in the region, manufacturing obstacles to the implementation of the provisions of the trilateral statement signed on November 10, 2020 and undermining the activities of Russian peacekeepers.

Azerbaijan will take decisive steps to neutralize the illegal Armenian armed groups that committed this terrorist act, in accordance with the legislation of the Republic of Azerbaijan, and bring them to justice.