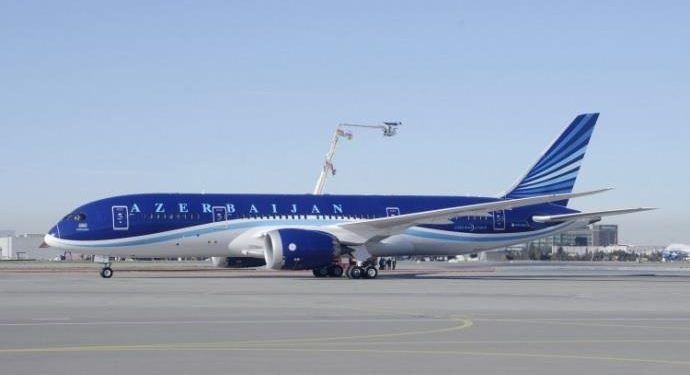 The flag-carrier says it held discussions with Boeing on the acquisition of nine Boeing 787s to replace Boeing 767s, 757s and Airbus A340s by the end of the decade.

It says it is awaiting preparation of a formal proposal to be submitted to the carrier’s supervisory board.

The Baku-based airline already has two 787-8s – powered by General Electric GEnx engines – which, it says, have “proven effective” on its long-haul network.

“Replenishment of the airline’s fleet with such new aircraft will further expand [its] global presence,” it adds.

Azerbaijan Airlines has also been holding talks with Airbus on new aircraft for its short-haul fleet.

It states that a similar preliminary agreement has been drawn up covering acquisition of 20 Airbus A321neo and A320neo jets, which would replace A320s and A319s – of which the carrier has six and three respectively – in the same timeframe.