The slogan "catch up and surpass America" proclaimed by Nikita Khrushchev several decades ago, still continues to possess the mind of Armenia's military and political leadership. True, even if Armenians dream of catching up with America, they realise that this is unattainable. 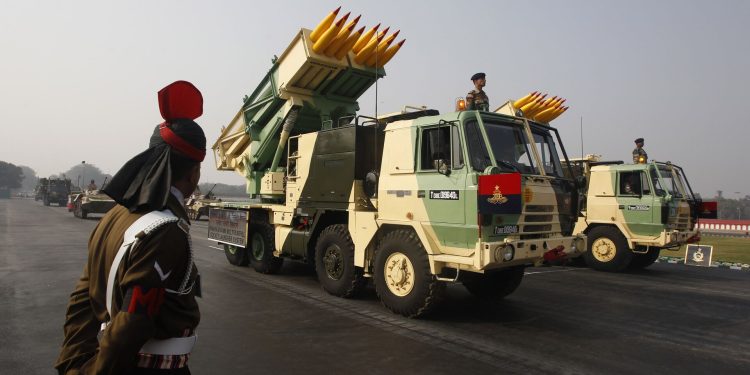 At least, not in this lifetime. But Armenian leadership is eager to catch up with Azerbaijan in terms of military-technical equipment of the armed forces. All the more that some hotheads are still dreaming of revenge on the battlefield. In that regard, it is not incidental that Yerevan has decided to drastically increase the military budget, which is to grow by half next year, reaching $1.3 billion. It is obvious that the Pashinyan-Papikyan clique intends to use the money to replenish its stocks of military equipment and armament rather depleted during the 44-day war. There are already reports of how Armenia plans to spend the funds.

Given the fact that the Armenian overlord of many years, Russia, which has plunged headlong into the Ukrainian military adventure, is now clearly not up to the revanchist aspirations of Yerevan, the latter has turned its attention to India and Iran. Some time ago, it was reported that during the visit of Armenian Defence Minister Suren Papikyan to India an intergovernmental agreement was signed on the purchase of Indian multiple rocket launchers “Pinaka”, antitank missile systems “Konkurs”, 80-mm mortars, and other weapons. The media also reported that Armenia has also targeted the Akash surface-to-air missile systems and the Kamikaze UAVs (loitering munition) developed by private Indian companies Tata Advanced Systems Limited (TASL) and Solar Industries. All in all, the Indian defence industry earned about $250 million on this deal. True, some military experts in Armenia, who soberly assess the chances of the country “catching up with Azerbaijan”, had a skeptical attitude towards the Pashinyan-Papikyan tandem. Military expert Karen Vrtanesyan complained that in the case of India as well, the Armenian authorities repeated the mistake of purchasing Su-30 from Russia, which during the 44-day war did not even take off due to the lack of ammunition and trained crews. 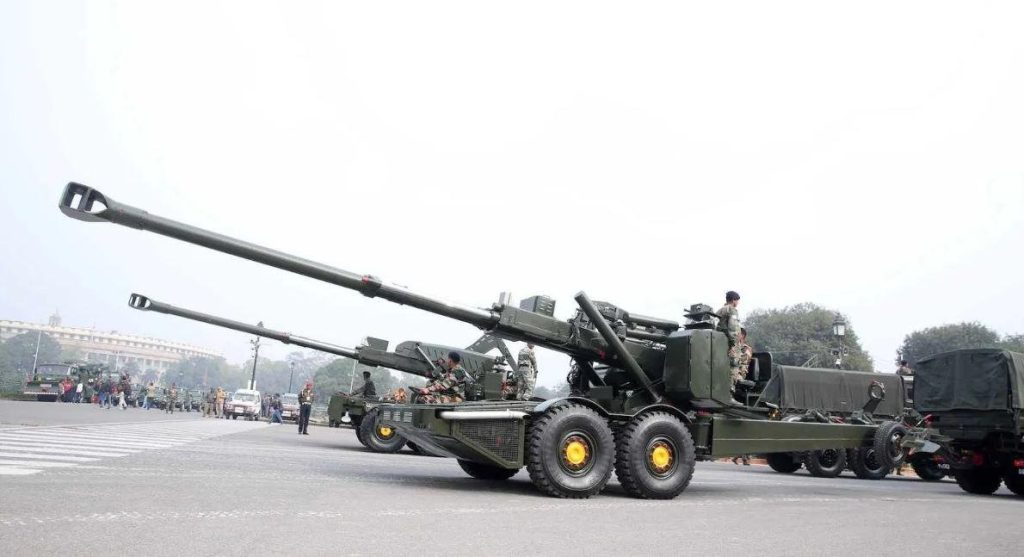 “There is no official information on the quality of the weapons procured from India. No one else has these weapons apart from India, not many tests have been conducted and it is not known how successful they are. Amid air defence and air force problems we are buying large targets for Azerbaijani UAVs. By buying arms from India, we spoil relations with China and Iran. Although we need the body armor more,” he said.

However, the Armenian leadership did not listen to his words and hastened to conclude a new $155 million contract with New Delhi. This time an export order was received for the supply of a batch of 155mm towed howitzers (ATAGS) to Yerevan. Immediately the Armenian media and social networks began to spread the unanimous “Indian howitzers will seriously strengthen the Armenian artillery”. Not without the notorious (for Armenians) pathological liar Artsrun Hovhannisyan, who said that “the choice of howitzers ATAGS is quite justified.”

“The potential for super-precision ammunition opens up great opportunities for the Armenian army. Also, Indian guns have an automated fire control system, which in itself is a step forward in the development of Armenian artillery fire capabilities,” the former spokesman for the Armenian Ministry of Defence said.

Here, the Armenians should think twice, because, remembering his false and bravura statements during the 44-day war, everything may turn out to be exactly the opposite – the Armenian artillerymen in case of new battles will not even have time to unload the guns, as they will be shelled by Azerbaijani multiple rocket launchers. 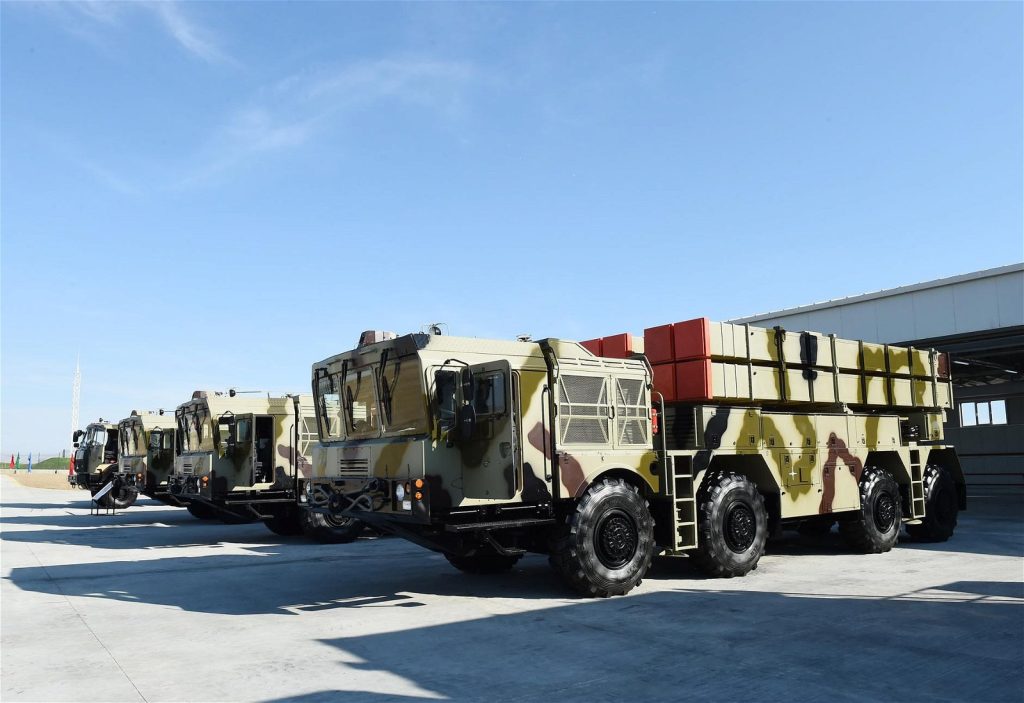 However, even a severed snake’s head can sting. Underestimating the enemy may do an ill turn in a military confrontation. Therefore, Caliber.Az addressed the military experts with the request to comment on the threat of Indian arms for the Azerbaijani Armed Forces and the possibility of their elimination deep into the enemy’s territory (taking into account the fact that the range of fire makes 48 km).

Thus, according to Belarusian military expert Alexander Alesin, taking into account the specifics of combat operations in mountainous terrain, the accuracy characteristics of the Indian weapons are a serious argument.

“Particularly with UAVs and active-rocket launchers. But the weight of the artillery system and the fact that it is towable negate these advantages. It is difficult to manoeuvre a tractor-trailer with weapons in the mountains. In addition, its large size and low mobility make it very vulnerable to strike UAVs and high-precision missile weapons such as ‘Polonez’ and ‘Lora’ of the Azerbaijani army,” Alesin said.

In turn, Azerbaijani military researcher Mammad Velimammadov said that the Indian howitzers will in no way affect the balance of power between the Azerbaijani and Armenian Armed Forces.

“India’s 155mm howitzer (ATAGS) was not introduced in promotional booklets until February 2020. In December 2021, a prototype was shown to the Indian Defence Minister. However, surprisingly, the purchase of this howitzer by the Indian Army has not been announced. If it is as ‘powerful’ as the Indians are trying to make it out to be, it would be logical for the howitzers to enter the Indian Armed Forces first. But that has not happened yet. Apparently, Armenia will be their starting customer.

Moreover, the howitzer is advertised as the world’s only 155mm artillery system with a 52-calibre barrel. This, of course, is far from reality. In fact, it is a blatant copy of the M777, a towed 155mm calibre howitzer manufactured by BAE Systems Land & Armaments.

It should also be noted that serial production of the 155mm Indian howitzer has not yet begun. No country in the world, nor the Indian Army itself, has shown much interest in this weapon. That is why I don’t understand the incredible joy of Armenian experts over the purchase of an Indian 155mm ATAGS howitzer. If the Indian army was equipped with these howitzers and had a successful experience using them in the conflict with Pakistan, one might have been able to argue then. The Armenian-Indian contract is more reminiscent of the procurement by Yerevan of Chinese MLRS which did not help the Armenian army in the 44-day war. To all appearances, we have a repetition of the murky story with the Jordanian OSA SAMs. Moreover, it is hardly worth even mentioning that the Indian howitzers could somehow influence the balance of forces or frighten the Azerbaijani army,” Velimammadov said.

However, according to military expert Vugar Abbasov, the howitzers purchased from India can seriously strengthen the Armenian artillery.

“This weapon is great in every sense, but it has one major disadvantage – extremely low mobility. The artillery system weighs 18 tonnes and is extremely difficult to lug around in the mountains. But it does not have to, given its range of fire of 48 kilometers.

There are some associated disadvantages with this weapon – in modern warfare, artillery is ‘put’ on wheels or caterpillar platform and armored to somehow protect against UAVs and counter-battery fire. On the other hand, if the UAVs detect these units, it will not be too difficult to destroy them. And we have something that can destroy them in no time at all.

On the other hand, if these howitzers are equipped with at least 10 batteries and if Armenians manage to master them well, provide mobility, ‘put’ them on the powerful trucks, for example on the German MANs, disguise them (which, incidentally, was not done during the 44-day war), they may cause damage to the Azerbaijani army in case of a new military clash. They can damage, but not stop it. The Armenian Armed Forces will not be able to defeat us with or without the Indian howitzers, but if all the above conditions are met, they will be able to push back the advancing units of the Azerbaijani army for a while,” Abbasov said.