These attacks constituted serious breaches of the Geneva Conventions on the accounts of directing attacks on civilians, the unlawful wanton destruction of property and several other grounds attracting international condemnation. 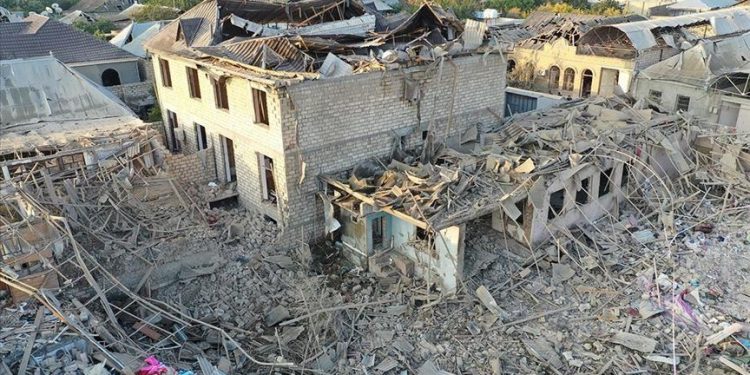 Search and rescue teams work on the blast site hit by a rocket during the fighting in the city of Ganja, Azerbaijan Oct. 11, 2020.

Armenia has not yet banished the taboo of admitting to its wrongful acts. Although there is a strong reason to believe that, on the basis of the available evidence, during the Second Karabakh War, by targeting civilian settlements in Ganja and Barda and critical infrastructure in Mingachevir, Yerevan violated international humanitarian law, committing war crimes on numerous occasions, it has never issued any acknowledgement as to the possible illegality of its practices, let alone initiating an investigation to look into the subject.

In a world where allegations of duplicitous origin take on a life of their own and are circulated and regurgitated extensively via social media to attain a degree of authenticity, Armenia seems to have adopted a state policy of two strains. Firstly, any claim pointing to its illegal warfare practices must be dismissed as malicious and unworthy of consideration. Secondly, whenever there is a modicum of evidence of questionable veracity indicating the other side’s wrongful deeds, this is extricated from a whole range of other events and demonised to besmirch the opponent’s name.

This is an attitude that entails both “denialism” and “self-victimisation”, and could be construed to be a fundamental weakness of Nikol Pashinyan’s government which, in this particular respect, maintains the continuity of the previous Armenian administrations.

The attacks on Barda, Ganja and Minghachevir with the use of tactical-ballistic missile systems of great destructive capacity, together with multiple rocket launchers, Tochka-U (SCUD), SMERCH and cluster munitions during the Second Karabakh War of 2020 constitute a critical page in the warfare from the guise of the law of armed conflicts. To understand their magnitude and legal implications, it is important to recall the factual part of the story and then evaluate the legal implications, both in terms of actual crimes that might have been committed and the question of criminal responsibility. 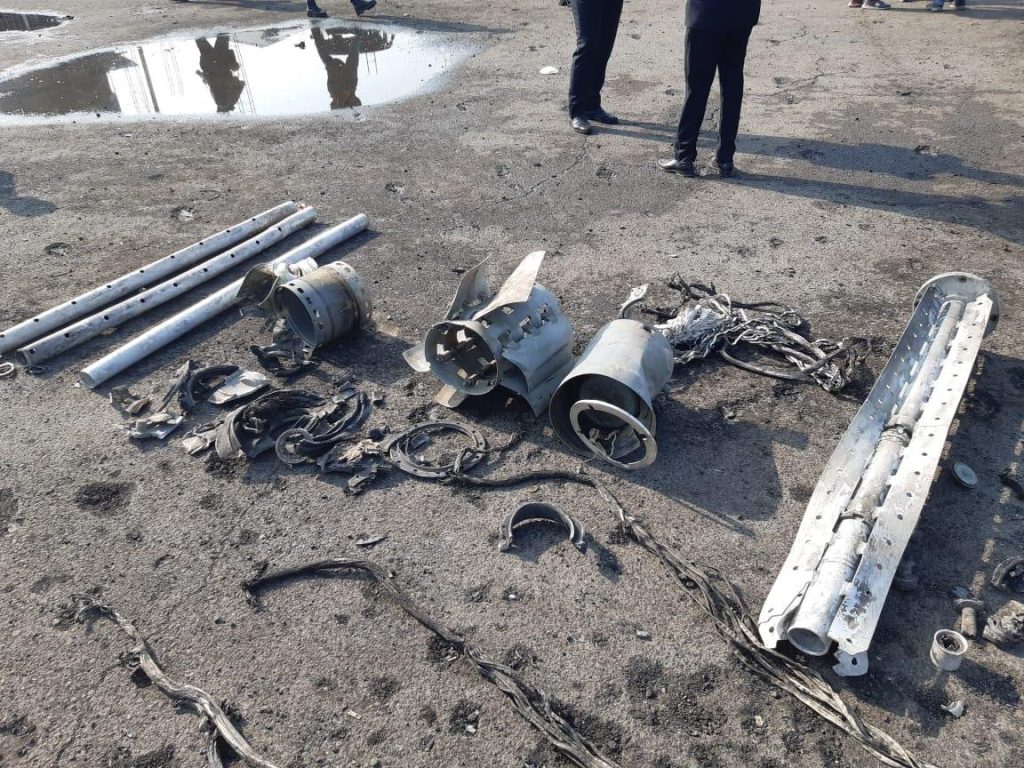 The Second Karabakh War witnessed four missile attacks on Ganja on 4,8,11 and October 17, 2020, the second biggest Azerbaijani city with 300,000 population, and three assaults on Barda on October 28 and 29.

Out of the four Ganja missile attacks, only the second, carried out on October 8, did not result in human casualties, with all others leading to human deaths, life-changing injuries and the destruction of civilian infrastructure, with the overall death toll reaching 32. The deadliest of the attacks was the fourth, which saw the use of SCUD missiles, leading to the death of 15 civilians.

Barda was shelled two days in a row, with the use of prohibited cluster munitions, aimed at the densely populated part of the city. The use of SMERCH missiles led to an overall death toll of 27 and 85 injuries.

The legal analysis of Armenian conduct should be viewed both from the perspective of the norms regulating the conduct of warfare, which fall under the rubric of the law of armed conflicts, deriving its origins from the 1899 and 1907 Hague Conventions, and the precepts aimed at protecting civilians and other non-combatants that came to be known as the Geneva laws, after the four self-named Conventions were codified and adopted in 1949, in conjunction with an additional three protocols. These two strains of international humanitarian law have converged over the years, providing a holistic framework for examination. These attacks constituted serious breaches of the Geneva Conventions on the accounts of directing attacks on civilians, the unlawful wanton destruction of property and several other grounds attracting international condemnation.

The death of non-combatants is an unavoidable part of warfare realities, yet there are certain maxims that have been designed to determine the lawfulness of a given act. Military necessity, proportionality and the principle of distinction are the major tests that could be applied.

Neither Ganja nor Barda were legitimate targets for assaults, as they were solely populated by civilians, with no infrastructure amounting to a military object. Yerevan, at first, retorted that it was Azerbaijan that manufactured the destruction so as to discredit Armenia. Then, the argument was propounded that they were aiming at Ganja International Airport, yet, as Human Rights Watch (HRW) and other independent observers noted at the time, no evidence of any military target was found in the area.

Both cities were located far away from the conflict zone itself, rendering the idea of military necessity even more impossible. International Humanitarian Law acknowledges that destruction of life may be deemed permissible if it is incidentally unavoidable, yet it forbids the killing of innocent inhabitants for purposes of revenge or the satisfaction of a lust to kill. In the same vein, the destruction of the property could be lawful if imperatively demanded by the unfortunate necessities of war.

Although the Armenian government has never taken the responsibility for attacks either during the war or subsequently, its rhetoric preceding the 2020 campaign was replete with belligerent remarks pointing towards readiness to destroy critical infrastructure, justifying this as “the art of warfare”. After the first attack on Ganja, the so-called head of the illegal entity based in Khankendi, Arayik Harutunyan, claimed that the city had military targets, and later his so-called spokesperson Vahram Poghosyan went on a rant that “a few more days…. and an archaeologist will not be able to find the place of Ganja”. 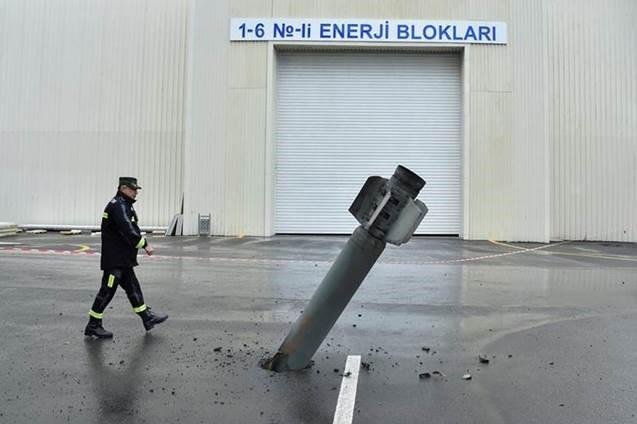 It is manifestly clear that the intent on aiming at civilian settlements, without reasonable military justification, was present. In those cases, regarded as “grey”, due to the difficulty of establishing a military justification, the International Criminal Court has adopted a “clearly excessive” standard regarding the determination of a criminal violation. Since the attacks on Barda and Ganja could not have been motivated by military considerations, there is, in principle, no need to look into proportionality, which is a useful test employed, when a military necessity exists, yet it is important to establish if military gains were proportionate to the measures applied and collateral human deaths and injuries caused.

Individuals are criminally responsible for the war crimes they commit. In light of the Ganja and Barda missile attacks, there are reasonable grounds to believe that such orders must have been taken by the highest echelons of Armenia’s political leadership, with the Prime Minister being a likely decision-maker as a Commander-in-Chief.

Two years on, after the malicious attacks carried on Ganja, Barda and Mingachevir, Armenia has not felt called upon to issue any reply. Instead, as the recent unsubstantiated video, allegedly showing the Armenian soldiers being subjected to an extrajudicial killing at the hands of Azerbaijani servicemen, has demonstrated, it is set on practising its oft-repeated rhetoric. Denialism and self-victimisation continue to form the crux of Armenia’s modus operandi whilst defending its own indefensible case.