Azerbaijan is planning to some requests for additional batches of Russian-designed materiel, President of the country Ilham Aliyev said in an interview with the National Defense (Natsionalnaya Oborona) magazine: "We are working fruitfully with Russia in all areas, including military-industrial cooperation. 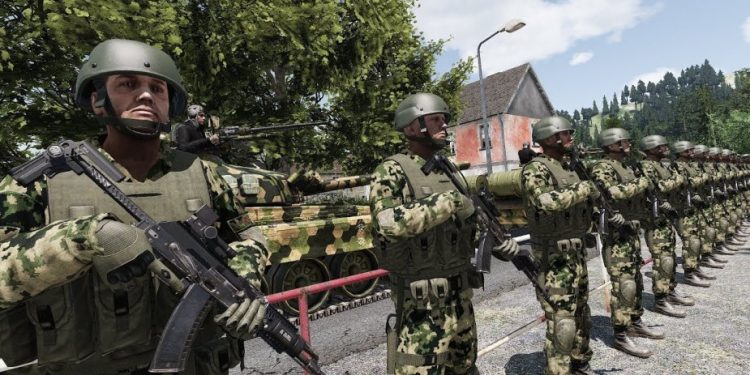 We are interested in new developments, of course, and technical groups are studying new capabilities. We have already sent several requests, so the cooperation with Russia in this field will also be developing,” said Aliyev.

Azerbaijan intensively used the Soviet- and Russian-designed artillery during the recent conflict in Nagorno-Karabakh. According to the official YouTube channel of the Azeri Ministry of Defense (MoD), TOS-1A Solntsepyok (Sunburn) heavy rocket launchers were intensively used during the conflict. In particular, the military fired the systems during heavy assaults on field installations and protected manpower.

The TOS-1A self-propelled heavy flamethrower is designed to support manpower and tanks in direct/indirect firing mode during offensive/defensive operations. The combined destruction of targets is done through the medium of a high temperature and an increased pressure. The TOS-1A system incorporates the tank-based BM-1 combat vehicle with and two tank-based TZM-T transport loaders. The system can be supplied with the TZM (563-K) transport-loader vehicle that is based on a cross-country 8×8 wheeled truck. The system fires unguided thermobaric rockets.

The TZM-T/TZM (563-K) transport loader features racks for unguided rockets, a loader crane with a hydraulic actuator, an applique armor kit to protect the ammunition stowage, and hardware for the loading mechanism.