Armenian nationalists pursuing the dream of establishing “Greater Armenia” have been in favor of a policy of genocide, ethnic cleansing and deportation of Azerbaijani people, Sabina Aliyeva, the Commissioner for Human Rights (Ombudsman) of the Republic of Azerbaijan said Tuesday. 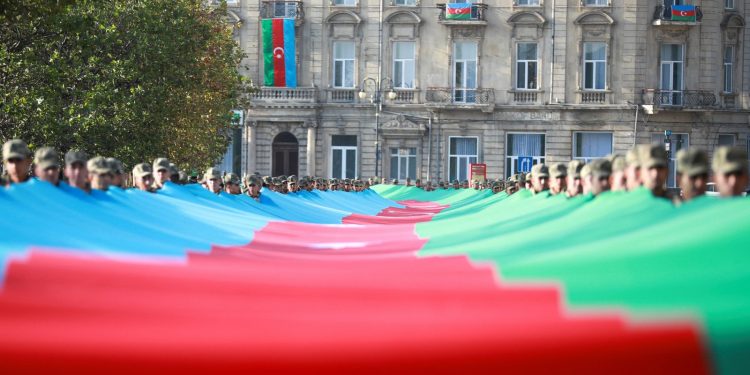 Commemorating March 31 as the Day of Genocide of Azerbaijanis, Aliyeva said the most horrific demonstration of this ideology was implemented in March 1918.

“As a result of this act of genocide, tens of thousands of civilians were killed in Baku, other cities and provinces of Baku Governorate, as well as in Shamakhi, Guba provinces, Karabakh, Zangazur, Nakhchivan, Lankaran and other regions of Azerbaijan due to their ethnic and religious background,” she said.

She continued by noting that settlements, monuments, mosques and other places of worship were destroyed and burned, leading to the death of 50,000 Azerbaijanis, including women and children and the elderly between March and July 1918, while 132,000 people were killed in Yerevan.

“As a result of the investigation, the facts of mass exterminations committed by Armenians during the events of 1918, countless human bones and other material evidence were revealed,” the ombudsman said, adding that despite the fact that there is enough evidence to prove Armenia’s genocide against Azerbaijanis, there has been no effort made to investigate it.

“In this regard, the Resolution of March 10, 2022, adopted by the European Parliament on the alleged destruction of Armenian cultural heritage in Karabakh once again demonstrated the double standards and biased policy against our country,” she said, adding that Armenia has systematically erased all Azerbaijani historical, cultural and religious monuments from the area with no international investigation.

“International organizations should take into account that, unlike mono-ethnic Armenia, Azerbaijan, as a state following the principles of tolerance and values of multiculturalism, is taking all necessary steps to ensure peace, stability and security in the South Caucasus, and to restore the peaceful coexistence of nations,” Aliyeva said, as she commemorated Azerbaijani victims of genocide.