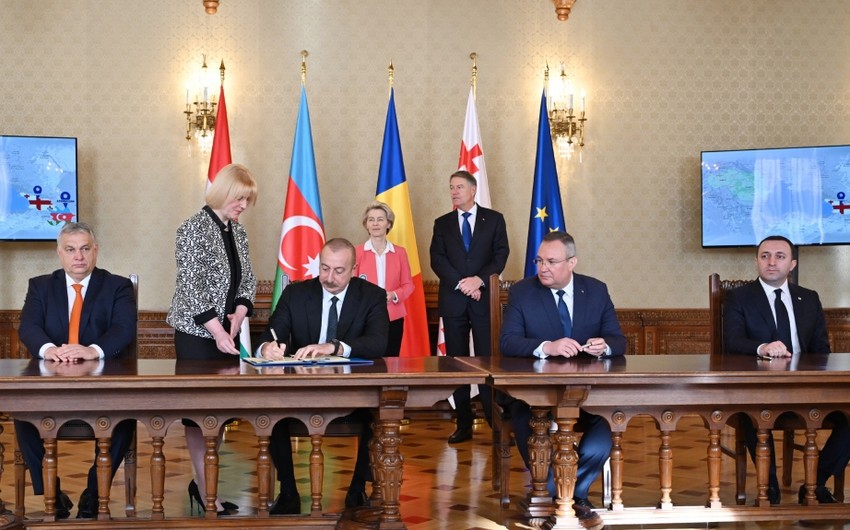 The “Agreement on a strategic partnership in the field of green energy development and transmission between the Governments of the Republic of Azerbaijan, Georgia, Romania, and Hungary” has been signed in Bucharest.