The Ambassador of the Islamic Republic of Iran to Baku, Seyed Abbas Mousavi said Wednesday that as many as 20 Iranian prisoners were handed over to the Iranian official at Astara border crossing. 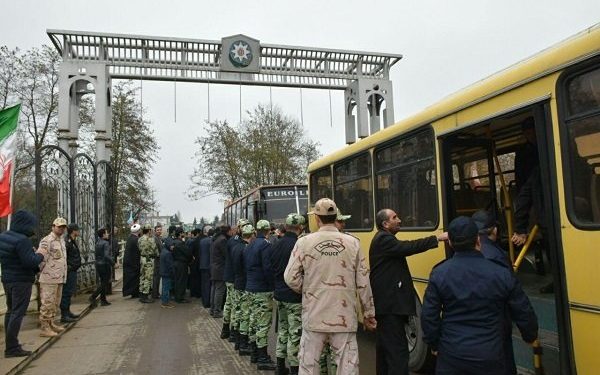 Twenty Iranian inmates were extradited from the Republic of Azerbaijan to Iran through the border crossing in the northern city of Astara on Wednesday, according to the Iranian ambassador to Baku.

According to Mousavi, the inmates were transferred to their homeland in accordance with an existing agreement on extraditing the convicts between the governments of the Islamic Republic of Iran and the Republic of Azerbaijan.

Today’s transfer of the convicts was the 28th stage of the extraditions happening as per the bilateral agreement, according to Mousavi.

The diplomat said that “Nine of these prisoners are women, and with their handover, only 3 Iranian women are remaining in [jial in Azerbaijan], and efforts to transfer them in the next stages will continue.”

“There are 200 other Iranian prisoners in the Republic of Azerbaijan, mainly convicted of drug trafficking or illegal entry-related charges,” Mousavi pointed out, adding “We will try to reduce their sentences, pardon or transfer them [to Iran.]

The prisoners will have to spend the rest of their sentences inside their own country’s jails.

It is worth noting that the Iranian ambassador visited 30 Iranian prisoners jailed in a prison in Baku in early spring. Mousavi also met with 12 Iranian women imprisoned in Baku prison prior to that.