Azerbaijan's Defense Ministry has said an Armenian drone was intercepted on the border between the two countries. 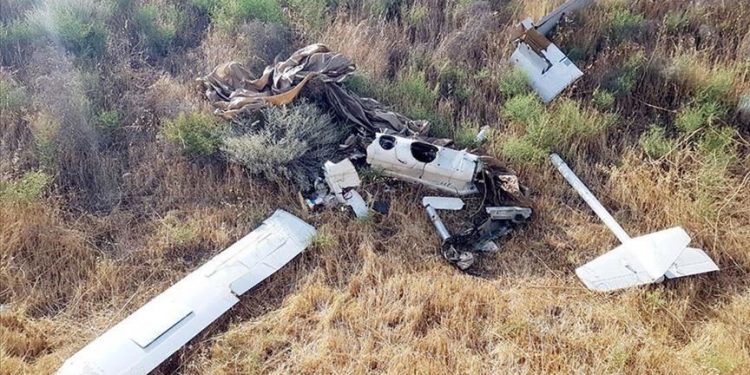 The situation on the Armenian-Azerbaijani border in the area of the Gegharkunik and Syunik regions has remained strained since May 12. Both sides report provocations. On Thursday, Azerbaijan said it had taken prisoner six Armenian soldiers when they were trying to cross the border for committing an act of sabotage. The Armenian side confirmed the very instance of detention, but stressed that the men were conducting engineering works in a border zone of the Gegharkunik Region of Armenia.

An armed conflict erupted in the zone of the dispute over Nagorno-Karabakh in the autumn of 2020. On November 9, the leaders of Russia, Azerbaijan and Armenia signed a statement that put an end to hostilities. Under the arrangement, the Azerbaijani and Armenian forces stopped at the positions they were holding at the moment. A number of districts were handed over to Baku’s control. Russian peacekeepers were deployed along the engagement line and the Lachin corridor.