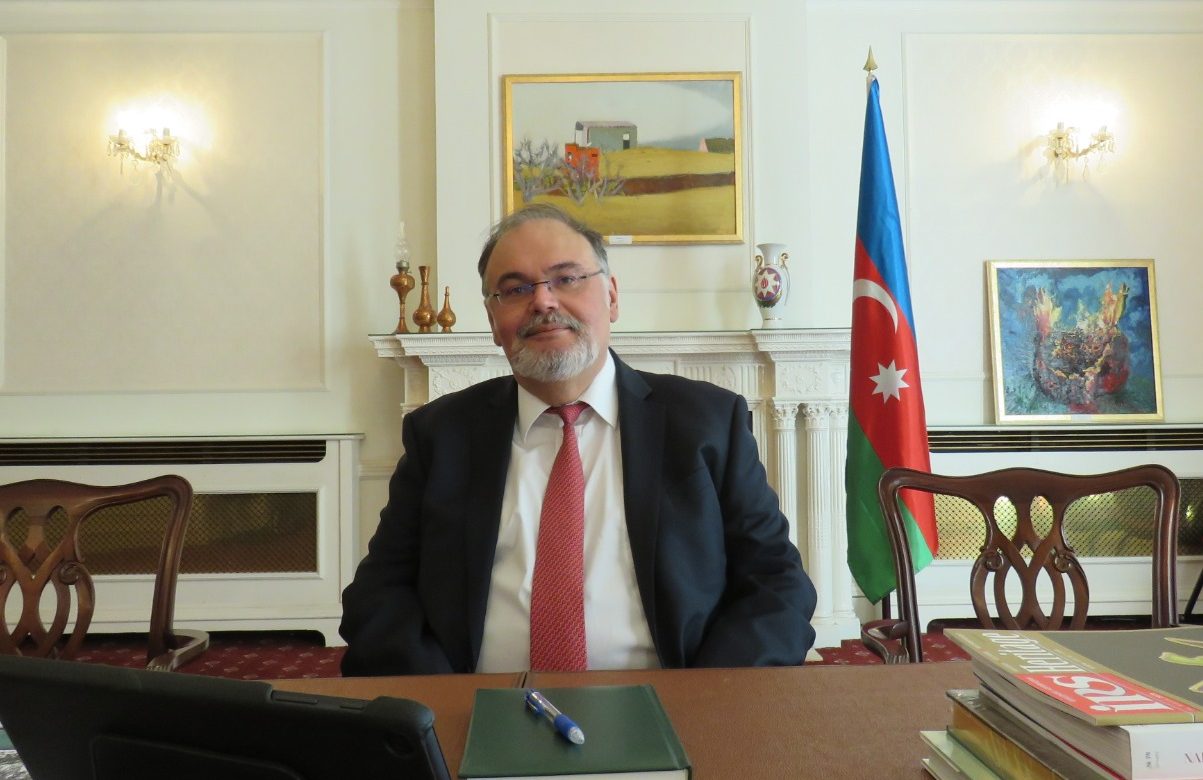 The dichotomy between achieving peace and promoting justice is as old as conflict itself, and letting peace take precedence even when there are motives and resources to fight till the end is a difficult decision taken only by those with a constructive and benevolent vision.

When Azerbaijan signed the trilateral statement on November 10, 2020, ending 44 days of military operations with Armenia, it had all the reasons and military circumstances in its favour to continue fighting.

Yet, in spite of strong emotions still fresh from the consistent injustice it has faced over the last three decades in the form of violation of its territorial integrity, ethnic cleansing, war crimes and genocide against its population, destruction and desecration of hundreds of historical, religious and cultural monuments, ecological terror against its natural resources, Azerbaijan chose to pursue peace for the well-being of the two nations, as well as for the prosperous future of the region as a whole.

In doing so, Azerbaijan’s government has shown considerable goodwill both in implementing the provisions of the trilateral statement, returning all prisoners of war to Armenia and in repeatedly declaring that it is ready to move on to a new phase of of inter-state relations between the two countries.

The agreements reached within the framework of the trilateral statements, dated November 10, 2020 and January 11, 2021, also envisage the opening of communications which would benefit the entire region and open up new prospects for regional cooperation.

While the magnanimity shown by Azerbaijan should see nothing but appreciation, vast pressure is being exerted on the country. This pressure disregards what Armenia has actually been doing in the territories of Azerbaijan it has subjected to military occupation for three decades, all without a single word of condemnation from the outside world.

The problem is that historical context is hardly given consideration by foreign media and actors while analysing today’s events.

First, it should be clear that for Azerbaijan liberating its territories affected by the Armenia-Azerbaijan conflict has never been part of a revanchist or nationalistic agenda or hatred towards another nation. For us, it has always been an issue of restoration of Azerbaijan’s territorial integrity within its internationally recognised borders.

Likewise, if certain international organisations or individuals are concerned about presumed humanitarian law violations by the Azerbaijani side during military operations, they should first speak out about Azerbaijani grievances about the genocide committed in Khojaly by Armenian armed forces during the First Karabakh War and the killing by Armenia of more than 100 civilians in the cities of Ganja, Tartar and Barda using cluster munitions during the Second Karabakh War.

Biased statements taken out of historical context however only add insult to injury.

So far, Armenia’s actions only undermine perspectives for sustainable peace

Regretfully, what we observe today is a negative relationship between the scale of Azerbaijan’s goodwill and Armenia’s destabilising actions in the region. That is, the more constructive steps Azerbaijan takes towards regional peace, the more destructive actions are taken by Armenia to only drift further away from the momentum gained through the signing of the trilateral statement.

Two weeks after the signing of statement, Armenia illegally transferred a sabotage group of 62 members to the liberated territories of Azerbaijan to conduct terrorist attacks as a result of which military servicemen and civilians were killed and wounded.

Now that these persons are detained by the Azerbaijani authorities and are subject to further investigation, Armenia and its supporters have been trying to present these Armenian nationals as prisoners of war (POWs).

However, since the members of the group were sent to Azerbaijan with the aim of engaging in sabotage and terrorist activities in the period after the cessation of hostilities, they are not considered as POWs in accordance with international humanitarian law and are liable under the criminal law of the Republic of Azerbaijan.

Towards the end of February members of the armed forces of Armenia, wearing civilian outfits, were transferred to the territory of Azerbaijan through the “Lachin Corridor” in civilian trucks, under disguise, in an attempt to escape the control procedures of the Russian peacekeeping contingent.

Armenia’s refusal to release the maps of minefields planted in territories of Azerbaijan subjected to its military occupation is of particular concern and accounts for yet another severe breach of international humanitarian law.

Landmines are used by Armenia as part of a deliberate strategy of revenge to deny return of hundreds of thousands of Azerbaijanis ethnically cleansed by Armenia to their homelands and inflict as much unnecessary human suffering as possible. Since the signing of the trilateral statement more than 20 citizens of Azerbaijan, including 14 civilians have been killed and more than 85 citizens, including 16 civilians have been seriously injured as a result of mine explosions.

Armenia’s conduct continues to impede realisation of the vision of peace, security, and cooperation in the region.

Thus, instead of exercising pressure on my country – which is committed to the promotion of peace and security in the region – the international community should urge Armenia to fulfill all its obligations arising from international law, as well as the joint statements signed on November 10, 2020 and January 11, 2021.