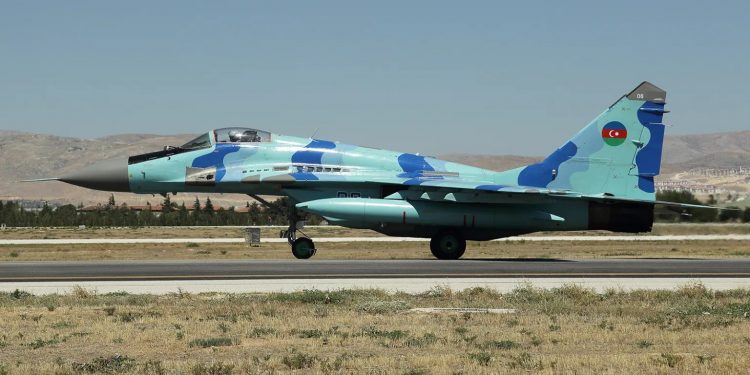 The Azerbaijan Air Force MiG-29s were the guest stars of AE 2021. (All images: Claudio Tramontin/The Aviationist)

Anatolian Eagle (AE) does not need introductions: organized by the Turkish Air Force at Konya Air Base, in central Anatolia, south of Ankara, Turkey, AE is a very well-known series of exercises hosted by the Turkish and attended each year by several foreign air arms. It is inspired by the U.S. Red Flag and Maple Flag series, the aim of which is to train fighter pilots for the first few days of a modern conflict.

Konya is an important base, the headquarters of the Anatolian Eagle Training Center Command, that plans, organizes and conducts the AE drills and has the important role of testing and validating TuAF’s aircraft and units’ ability and preparedness for combat, establishing a background knowledge to achieve the military aims at war in the shortest time and with minimum effort. In simple words, Konya is where tactics are developed and put to test.  Moreover, it hosts the 131 Filo, the squadron that operates the E-7T (B737AEW&C); 132 Filo that flies the F-16C/D Block 50; 135 Filo, equipped with AS532AL, CN235M-100 and UH-1H helicopters and it is the homebase of the Turkish Stars, the TuAF display team.

The latest iteration of the exercise, AE 2021, was held at Konya between Jun. 21 and Jul. 2, 2021 and saw, for the first time, the participation of the Azerbaijan Air Force. Four Azerbaijani aircraft, two MiG-29s from Nasosnaya AB and two Su-25s from Kürdəmir AB joined the drills along with four Qatar Emiri Air Force Rafales from Tamim, Qatar, and five Pakistan Air Force JF-17 Thunder from Minhas/Kamra Air Base, Pakistan. The foreign attendees cooperated with the Turkish Air Force contingent, including 39 F-16C/D jets and several supporting assets (among them, at least one E-7T and one KC-135R). A NATO E-3A AWACS also supported the exercise.