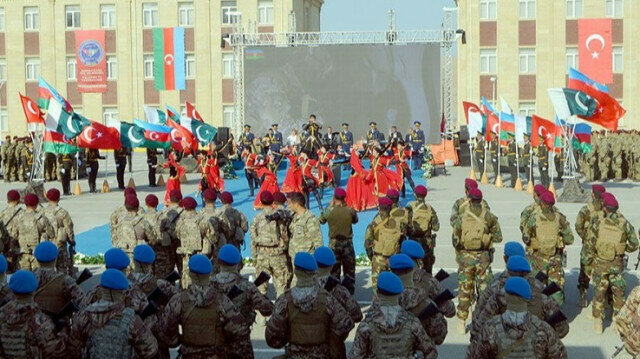 An eight-day joint military exercise involving special forces from Turkey, Azerbaijan, and Pakistan, which was held under the name of “Three Brothers-2021,” ended on Monday with a closing ceremony in Baku, Trend News Agency reported, citing sources from Azerbaijan’s Defense Ministry.

“Participants successfully completed their assigned tasks. I’m convinced that along with improving your skills, you got the opportunity to exchange experiences during the exercises. The joint exercises are an example of friendship and close cooperation between our countries and peoples,” the Commander of the Special Forces of Azerbaijan, Lieutenant General Hikmat Mirzayev, said during the ceremony.

Stressing the success of the war games, the commander of the Special Forces of the Turkish Armed Forces, Lieutenant General Omer Ertugrul Erbakan, hailed strong bilateral ties between the three states.

“The fraternal ties between our countries are extremely strong, and they will continue to be bolstered. Cooperation and exercises between the special forces of the three countries will continue,” Erbakan said.

In his turn, Major General Mumtaz Huseyn,  the head of the Pakistani Armed Forces Security and Counter-Terrorism Department, underscored that he was honored to be a part of the drills as troops of all countries enhanced their skills.

The national anthems of the aforementioned countries were played at the closing ceremony as gifts were presented to the participants.