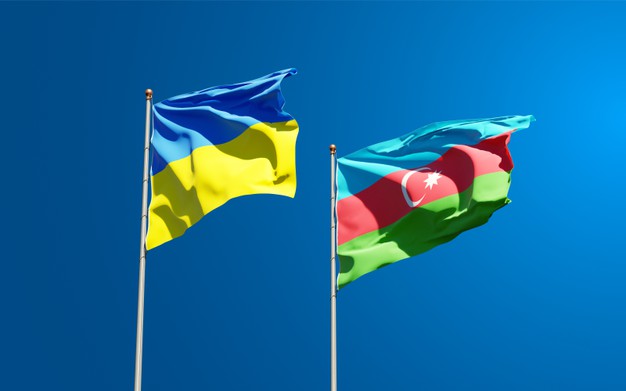 Azerbaijan’s approach is similar to Turkey’s in balancing being pro-Ukrainian while at the same time seeking to maintain good relations with Russia.

Azerbaijan has felt more emboldened to strike an independent course following Russia’s invasion. During the course of 2022, the EU removed its dependence on Russian oil and gas and replaced it with energy supplies from Azerbaijan, the US and elsewhere. The EU will never again tie its energy needs to Russia, an important policy shift that will open up a vast market for Azerbaijani energy and make it into a strategic partner of Europe. Russia’s loss is set to be Azerbaijan’s gain.

Azerbaijani media is the most pro-Ukrainian of the three South Caucasian states. Most Azerbaijani’s support Ukraine because they believe Ukrainians have supported Azerbaijan’s territorial integrity.

In addition, Azerbaijani’s have many reasons to be suspicious of Russia. Azerbaijani’s believe the USSR and Russia supported Armenia in the First Karabakh War in the late 1980s and early 1990s when Armenia occupied a fifth of Azerbaijan’s territory and ethnically cleansed three quarters of a million civilians. Soviet troops killed 200 Azerbaijani’s in January 1990 in what is called ‘Black January.’ The Russian 366th Guards Motor Rifle Regiment protected Armenian proxy forces who massacred 600 Azerbaijani civilians in Khojaly in February 1992.

Nine Azerbaijani’s have died fighting in the International Legion against Russian occupation forces in Ukraine. This represents the fourth highest number after Georgians (24), Belarusians (15) and Americans (14). Georgians, Belarusians, and Azerbaijani’s outstrip former Soviet nations who are geographically closer to Ukraine.

Azerbaijan, the wealthiest of the three South Caucasian states, provides the greatest degree of humanitarian assistance to Ukraine. SOCAR, Azerbaijan’s state energy company, has been providing free petrol at its stations in Ukraine for ambulances and State Emergency Service of Ukraine (DSNS) vehicles.

Other forms of humanitarian aid, such as medical supplies and clothing, have been sent to Ukraine. Azerbaijan cannot control the manner in which Ukraine uses the medical aid it has sent and some of it was undoubtedly used to treat wounded soldiers.

Recently, Azerbaijan sent 45 power transformers and 50 generators to Ukrainian regions without heating and electricity. Surprisingly, the Russian Foreign Ministry stated it was ‘bewildered’ at Azerbaijan’s supply of transformers and generators, depicting them as support for Ukraine’s military.

In fact, China, the UAE and India – as well as most Western countries – have supplied transformers and generators as well. Russia’s critical reaction to Azerbaijani humanitarian aid reflects Moscow’s inability to view its neighbours as sovereign countries.

In the summer of 2022, reports surfaced of Azerbaijani military equipment arriving in Ukraine via Sudan and Poland. These could have been sent under contracts signed before the invasion.

Azerbaijani precision guided air bombs (QFAB-250 LG), jointly developed by the Azerbaijani-Turkish Aselsan arms company, can be used on SU-24 and SU-25 planes. Azerbaijani produced 92-mm mortars (2ON5) with a 5 km range are also in use with the Ukrainian army.

Of the three South Caucasian republics it is Azerbaijan that has become Ukraine’s main ally since Russia’s invasion. This is not all together surprising as Turkey is an important arms supplier to Ukraine, has negotiated the unblocking of grain deliveries from Ukrainian ports and the two countries are undertaking military cooperation in a wide range of areas. Georgia is controlled by a oligarch who has maintained a pro-Russian “neutrality” in the war, despite widespread domestic sympathy for Ukrainians. Meanwhile, Armenia has long been strategically aligned with Russia and Iran in opposition to Turkey and Azerbaijan.

Taras Kuziois a professor of political science at the National University of Kyiv Mohyla Academy and author of the forthcoming Fascism and Genocide. Russia’s War Against Ukrainians.