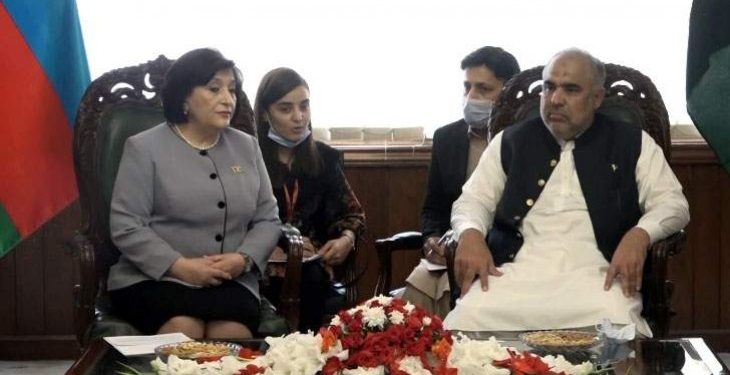 Talking to Speaker National Assembly Asad Qaiser in Islamabad on Thursday, she said resolution of Kashmir dispute in accordance with the UN Security Council resolutions is imperative for durable peace in the region.

The Azeri speaker emphasized the need for greater parliamentary exchanges between Pakistan and Azerbaijan to strengthen bilateral relations and bring the peoples of two countries further close to each other.

Speaker Asad Qaiser said the Central Asian States including Azerbaijan can use Gwadar port for promotion of trade. He said there are vast opportunities of promotion of bilateral cooperation between the two countries in the areas of trade, economy and tourism.